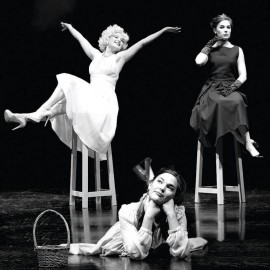 'Sirens of the Silver Screen' is a one-woman musical cabaret exploring the glamorous lives of Judy Garland, Audrey Hepburn and Marilyn Monroe – the most famous Hollywood starlets of the 20th century. It fuses song, script and multimedia (original footage of the starlets
: +97155839XXXX Click here to reveal
full number

Glitz, glamour and grim truths. ‘Sirens of the Silver Screen’ delves into the lives of the 20th century's most iconic women: Judy Garland, Audrey Hepburn and Marilyn Monroe. This sisterhood of stunning starlets lit up the silver screen for decades and kept tongues wagging with their scandalous off-screen antics. For one night these femme fatales will live again as Beth Burrows takes on each iconic woman, performing their songs and shedding light on the shadowy secrets that stalked their careers.
“Sirens of the Silver Screen' is a whistle-stop tour through the lives of Hollywood's ... golden girls, a whirlwind trip down the glamorous red carpet of yesteryear. These women intrigue, shock and thrill with their incredible stories - there is so much more to them than meets the eye.” - Beth Burrows, creator of ‘Sirens of the Silver Screen’
Prepare to be transported to a world of Old Hollywood glamour, where fame, fate and misfortune collide…

JUDY:
- Over the Rainbow
- The Trolley Song
- The Man That Got Away
AUDREY:
- Could Have Danced All Night
- S'Wonderful
- Moonriver
MARILYN:
- Diamonds Are a Girl's Best Friend
- I Wanna Be Loved By You
- Bye, Bye, Baby

Beth Burrows is a popular British performer. While other girls were listening to the Spice Girls, Beth grew up playing the ‘Les Miserables’ original cast recording on repeat. Aged 14 she was accepted to the National Youth Music Theatre, where her professional training began.
Turning down a place at the University of Cambridge, Beth studied English and Drama at the University of Bristol. Successfully auditioning for drama school, she completed her professional training at the Royal Welsh College of Music and Drama, the number one drama provider in the UK for 2015.
Graduating with an ... MA in Musical Theatre, she moved to London where she was cast in the lead role of Betsy in Ryan Scott Oliver’s progressive musical ‘35MM’. Other credits include Theresa in ‘Curtain Up’ and the imperious Gwendoline Fairfax in Oscar Wilde’s ‘The importance of Being Earnest.’
Relocating to the Middle East, Beth quickly established herself as a popular actress, singer and presenter. She has appeared in commercials for Emirates Airlines, presented the largest business award ceremony in the Middle East and currently holds a residency at the iconic Music Hall Dubai.
In 2015 Beth created ‘Sirens of the Silver Screen’, a one-woman musical cabaret she wrote, directed and produced herself. The show has been performed to wide acclaim in Dubai and will tour the Middle East in 2016/17.
For more information about Beth, visit www.bethburrows.com 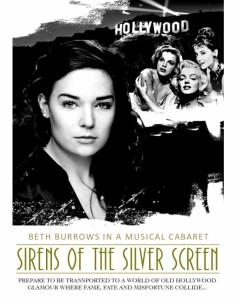 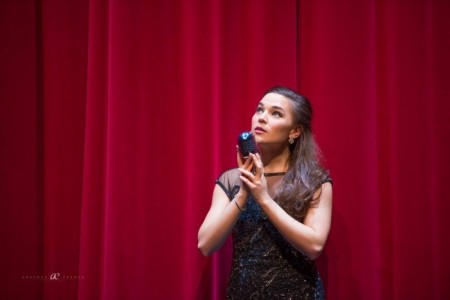 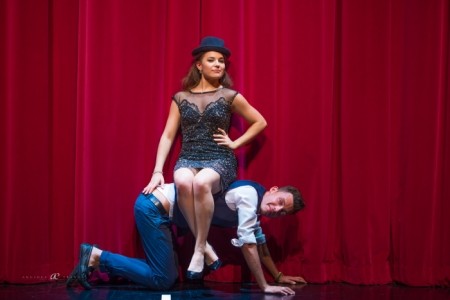 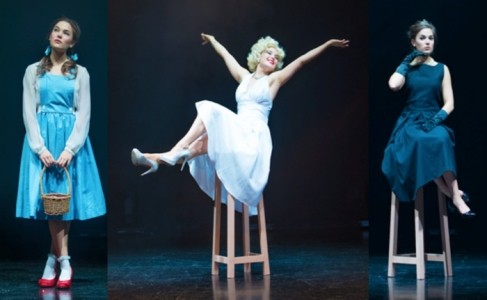 Beth Burrows/Sirens of the Silver Screen - Song & Dance Act - UK, London Event Location: Centrepoint Theatre, Dubai, UAE Event Type: Theatre performance 1st July 2016
Critical acclaim for 'Sirens of the Silver Screen': ‘Performed with the perfect mix of passion and charm. A brilliantly written and delivered tribute by the British actor and singer.’ - Discover Dubai ‘Burrows gives an enchanting performance. There are moments when the audience is completely overwhelmed and overtaken by the story and its details… a must-see slice of old Hollywood.’ - The Young Artists ‘What Burrows brings to the show is a very professional glamorous finish and feel. Five stars - don’t miss it!’ - BuzzingTales ‘An evening with the divas is done more than justice by Beth Burrows’ performance.’ - Dubai Week
Reviewed by: Dubai Week

Credits include:
Lead role of Betsy in Ryan Scott Oliver’s progressive musical ‘35MM’, Theresa in ‘Curtain Up’ and Gwendoline Fairfax in Oscar Wilde’s ‘The importance of Being Earnest’, Sandy in 'Grease', Solo cabaret show (Music Hall Dubai), Elsa in 'Frozen sing-along', Solo performer in 'Sirens of the Silver Screen'.