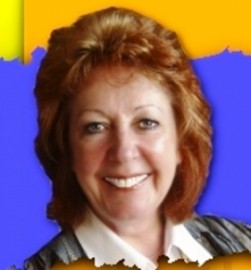 Brenda has always been involved in the world of entertaining, even from an early age. As a child, she was part of the Chapel Choir, Durham County Youth Choir and took part in School Opera performances.
Her big step into the industry came while she was working in a solicitor's office. One night, travelling home by bus, she was asked by a boy sat nearby if she would like to join a group. That man would later become her husband. She attended the practice sessions and enjoyed herself so much she took the group up on their offer and joined.
Krack of Dorn was born, and began touring the club ... scene.
"I remember our first gig" said Brenda, "I think our fee was £10!"
Not long after, they took a big risk and left their 'day jobs' behind in a bid to turn professional. They travelled the country, working in a club and then moving onto a nightclub, and were working every night.
While the money came in, the constant singing took it's toll on Brenda's voice and she was ordered to stop singing for two years because of damage caused to her larynx. Brenda and John then stumbled upon the idea of launching a mime act, and a show of 2 x 45minute sets were developed. Along with the change of style came a slight change of name - to Krack and Dorn.
John and Brenda have two sons, and always made a point of working at venues where they could be home for the boys getting up for school in the morning, and coming in from school in the evenings.
They began to work in clubs and army bases abroad, and it was there they met an act called Clive Webb (the mad magician). They became great friends and Clive asked Brenda to be his assistant while he appeared at the London Palladium.
Krack and Dorn made several television appearances, featuring in the first New Faces programme, Seaside Special, Game for a Laugh, and have worked with some of the big names of the day including Russ Abbott, Frank Carson, Chubby Brown, the late Bernard Manning and Bruce Forsyth.
But John was becoming tired of working in showbusiness, and he decided to get a 'real job'. From that point on, Brenda Collins was born.
Brenda said, "I enjoy every minute of working, and have just recently appeared on local television for ITV Tyne Tees in their series "That's Entertainment" and also "It's Funny Up North". I work in hotels, pubs, clubs, holiday parks - basically anywhere that's got a stage!"
Brenda is now also working as an entertainer on board cruise liners for Thomsons Cruises, travelling all over the world. 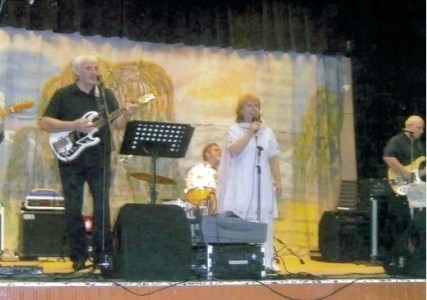