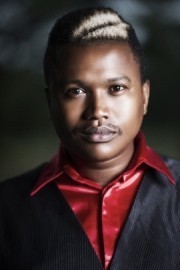 I do cabarette, production singing, soul singing, duos, acting and Master of ceremonies.

I've been growing up in a musical family. My first performance was when I was three at a taxi window, when me and my mom went to say goodbey to my aunt who was moving to the countryside. Since then I knew this was my calling. I matriculated in 2002 and did a drama course at the Breughel theatre for a year then the University of Stellenbosch took the Breughel over and I had a chance to do another course. After that I travelled our country alot to use my craft in educational theatre and singing. After 2012 I became a full time singer who does drama work part time.

Master of ceremonies for various events since 18 years old.