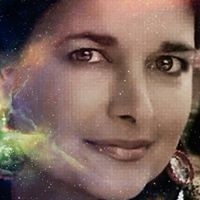 (no reviews)5.0
Country: Mexico
Based In: mexico, Mexico
Performs: Worldwide
From: Contact

When contacting this member, please state that you are viewing their Entertainers Worldwide profile.
Request a Quote
Share this Page:
Profile Views: 222
Report this profile

Jazz: The Best is yet to come, Under my skin, Fly me to the moon, Cry me a river, Bye bye blackbird, London town, Funny Valentine, Just one of those things, Night and Day, Can´t take it away from me, You made me love you, How high the moon, Unforgettable, Satin Doll, Fever, What is this thing called love
Bossa Nova: Corcovado, Aguas de Marzo, One note samba, The most beautiful thing, Out of tune, Chega de Saudade, I know that I will love you, The girl from Ipanema
Rock: Piece of my heart, Kozmic Blues, Me and Bobby McGee, Because the night, White Rabbit, Proud Mary, Summertime,
Hi ... t me with your best shot, Heartbreaker, Barracuda, Crazy on you, Sweet child o mine, No rain, I´ve been cheated
70's/80's: I will survive, The winner takes it all, I feel love, She works hard for the money, Sweet dreams are made of this, Girls just wanna have fun, I´m coming out, What´s love got to do with it, Gloria, Smooth Operator, Venus, Never marry a railroad man
Tribute to Burt Bacharach: Raindrops keep fallin' on my head, I say a little prayer, Walk on by, Close to you, What the world needs now, Alfie, Do you know the way to San José, One less bell to answer, Only Love can break a heart, Always something there to remind me, The Look of love
Boleros: Sabor a mi, Piel canela, La Barca, Historia de un amor, Piel canela, Vereda tropical, Caminito, Noche de Ronda, Nosotros, La última noche, Di que no es verdad, Y.., Media vuelta, Cuatro vidas
Mariachi: Los laureles, La Cigarra, Hay unos ojos, Dos arbolitos, La Barca de Guaymas, La rielera, El adios del soldado, Yo soy el corrido, El Sol que tu eres, Y andale, El Crucifijo de Piedra, La Charreada, Canción Mixteca

I began my career on the stage training as an acrobat, and dancing tap, hawaiian, tahitian and jazz. I enhanced my dance abilities later on with ballet and then began vocal training which led me to perform in musical comedies at the age of 15. I won best actress at 17 for the role of Maria in West Side Story at Ohlone college and then moved to Mexico City where my blood roots called me. I began doing other genres of theatre like classical and experimental.
I´ve been in twenty or so plays and the last musical comedy I did was in 2013 and 2014 called Frida the Musical where I had the starri ... ng role under the production of Starvox Entertainment which toured in California. The last play I produced and directed was in 2017 called The Art of the Dance: A tribute to Isadora Duncan.

I sang with a rock and blues band called Salida de Emergencia for four years and I performed acoustically with a guitarist for another four years singing different genres like rock, ballads, soul, classic pop, folk and bossanova.

Share this Page:
Click here to view more Singers in Mexico
Browse all Entertainment Hire options!
Looking for a different type of entertainment? Search NowContact Us