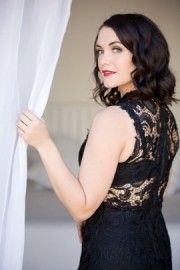 When contacting this member, please state that you are viewing their Entertainers Worldwide profile.
Request a Quote
Share this Page:
Profile Views: 494
Report this profile

I have been contracted as a Professional Production Singer/Dancer onboard Costa Crociere and TUI Cruises. In addition to the Production Shows in the theatre I also have a 40 minute Solo Program called "One Night Only". This program is a tribute to Female Divas from all around the world including Aretha Franklin, SIA, Cher, Whitney Houston, Celine Dion and a diva from my home country South Africa. My vocal range

Stephanie Braxton was born in Cape Town, South Africa in 1986. She started singing and dancing at the age of six and performed in various school productions.
Upon leaving school she attended the University of the Witwatersrand and graduated with her Bachelor of Laws degree in 2008. She was admitted as an Attorney of the High Court of South Africa in 2011. During this time she performed as the female vocalist for two corporate duos, Back to Basics and Just 2. The duos performed across the country at numerous corporate events. She also completed her Masters of Law degree and collaborated with a ... South African producer on a track “The Music Inside”, which she co-authored and sang. The track had airplay on major radio stations across South Africa.
In 2013 she left the legal field to pursue her dreams of becoming a professional singer and was cast in her first professional production with The Barnyard Theatre. She has been cast in various production shows and has toured nationally with the company in various shows including Battle of the Sexes, Those were the Days, Thank you for the Music, We are the Champions and Viva Las Vegas.
In 2014 she was contracted by Costa Crociere as the Female Production Singer on board the Costa Deliziosa. She returned to South Africa in December 2014 and reprised her role as Ani-Frid Lungstad (ABBA) in “Thank you for the Music” which, once again, toured nationally in 2015.
Her favourite part of being on board is that it combines her three favourite things: performing, travelling and meeting new people. She loves performing with a cast and becoming a tight knit unit. She also enjoys meeting people from different cultures and eating traditional meals in different countries. In her leisure time she enjoys watching theatre shows and live bands, dancing and seeing as much of the world as possible. 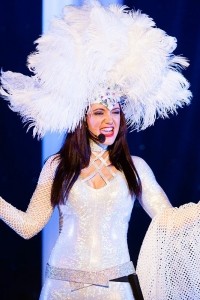 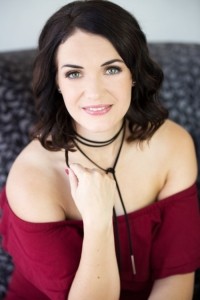 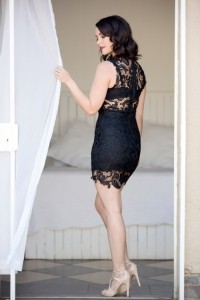