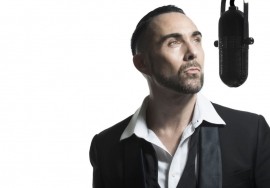 When contacting this member, please state that you are viewing their Entertainers Worldwide profile.
Request a Quote
Share this Page:
Profile Views: 224
Report this profile

Jonathan D Ellis is an Olivier and Whatsonstage nominated Actor who trained at the Royal Academy of Dramatic Art.
He began his career playing Antonio in TWELFTH NIGHT for RSC and over the last 25 years has been involved in some of the most prolific Musical Theatre Events in London, including four new productions for Andrew Lloyd Webber – JOSEPH & THE AMAZING TECHNICOLOR DREAMCOAT (London Palladium) as the Butler and the Pharoah, ASPECTS OF LOVE as Marcel (Prince of Wales) Electra in STARLIGHT EXPRESS and as Mr Manfred in SUNSET BOULEVARD which he originally created at Lloyd Webber’s Sy ... dmonton Festival.
Other London theatre work includes: The Narrator in BLOOD BROTHERS; The Wit in A TERRIBLE BEAUTY (Kevin Spacey’s Old Vic Season) directed by John Caird; Prez in THE PAJAMA GAME both in London and Canada (Dora Mavor Moore Award, North America – Best Supporting Actor in a Musical); Frank Wyman in MACK & MABEL; The World Premiere of SPEND SPEND SPEND; 42ND STREET; Molina in KISS OF THE SPIDERWOMAN (TMA Award Nomination – Best performance in a Play) Ambrose Kemper in HELLO DOLLY; THE HIRED MAN; NINE with Jonathan Pryce; MY ONE & ONLY (LONDON PALLADIUM) Chip in ON THE TOWN; Billy Flynn and Mary Sunshine in CHICAGO; NOTRE-DAME DE PARIS and as Thenardier in LES MISERABLES at the Queens Theatre. He recently returned to the West End to play the leading role of Miguel in MURDEROUS INSTINCTS at The Savoy Theatre for which he received a Whatsonstage Award Nomination followed by the leading role of Mr Applegate in DAMN YANKEES at the Landor for which he was presented with the OFFIE for Best Actor in a Musical 2015.
As a Cabaret Artist Jonathan has performed in THE RAT PACK, as Dean Martin in London and New York and headlined at The Soho Jazz Festival and at Birdland in Manhattan.
Television work includes: Series regular Craig Bolas in FAMILY AFFAIRS (CH 5), Gary in SUGAR RUSH and Derek Cooper in THE COURTROOM, both for Channel 4: The leading role of Freddie Clegg in THE COLLECTOR (Central TV); Kika in IS HARRY ON THE BOAT? (Sky One); Dave Davenport in EASTENDERS (BBC1); CORONATION STREE (ITV1) and the leading role of violinist Alexander Hall in the TV Movie MAESTRO (Canal+)
On Film Jonathan can be seen as LB Mayer’s Assistant in the biopic of composer Cole Porter DE LOVELY (MGM) starring Kevin Kline; as The Fop in Andrew Lloyd Webbers THE PHANTOM OF THE OPERA (Warner Bros) directed by Joel Schumacher, and as Courthouse Reporter David Wells in BATMAN BEGINS with Christian Bale.
He most recently played opposite Sheila Hancock in SKY ART’S Playhouse Presents season “NELLIE & MELBA”, written By Sandi Toksvig and produced by Stephen Fry.
He is currently the Vocalist of Bespoke Jazz Group THE 20th CENTURY FOXES who most recently hosted the National Vintage Awards at CLARIDGES Hotel. 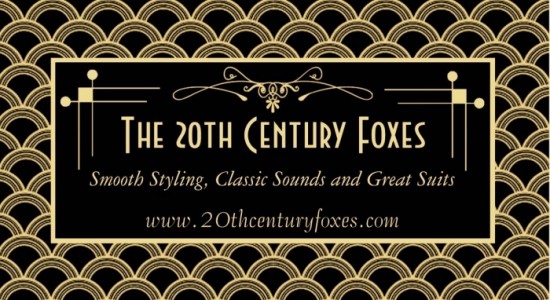 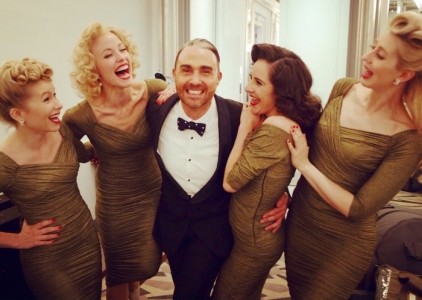 Between the three of us we have nearly 20 West End Shows under our Belts.... Resident vocalists at Claridges Hotel, Brasserie Zedel, Cafe de Paris, Jazz Cafe in London.

The Royal Family of Morocco.
High End Weddings and Landmark Birthdays at The Ritz, Claridges and The Savoy.