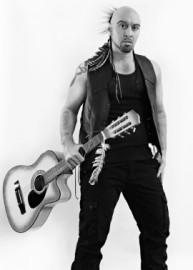 Hailed as "the most exciting performer to come out of Philadelphia since Patti LaBelle" by GBMNEWS, Cherokee pop singer/song writer Tony Enos has been electrifying stages for over 10 years! An Entertainer with the heart of a poet and the showmanship of a hurricane!
: 267977XXXX Click here to reveal
full number

Hailed as "the most exciting performer to come out of Philadelphia since Patti LaBelle" by GBMNEWS, and awarded Native Trailblazers 2016 Music Awards "Artist To Watch,” Cherokee pop singer/song writer/producer/activist Tony Enos is redefining what it means to be an indigenous artist. His 2012 break through sophomore album "The Heat" and national tour set a precedent for LGBTQ2S artists in indie music, and his 2015 single "Two Spirit" brought strength and heart to the Native/Indigenous Two-Spirit movement. The 2018 Native American Music Award Nominee released his 3rd studio album “No Place ... Like Home,” in June 2018 and has been touring the country performing new songs to amazing audiences! The NYC transplant seeks to grow healing, love, unity, and appreciation for music with his blend of tradition, pop, guts, and warrior spirit. Visit him online at www.tonyenosmusic.com and iTunes! 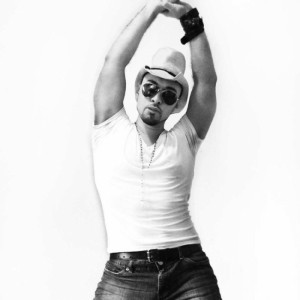 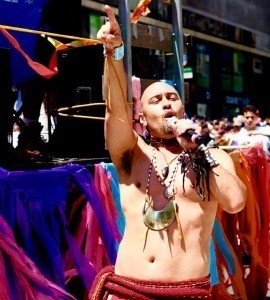 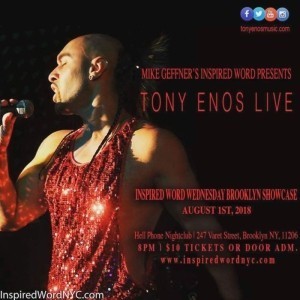 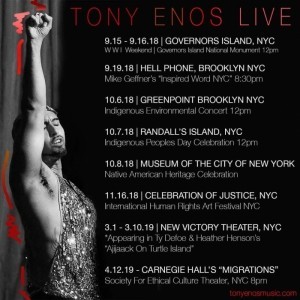