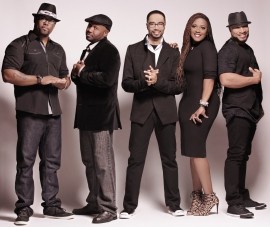 (no reviews)5.0
Country: United States
Based In: Baltimore, Maryland
Performs: Worldwide
From: Contact

Channeling influences such as The Isley Brothers, Earth Wind and Fire, Prince, and Mint Condition, Groove Stu brings back the art of real vocals and live instrumentation. A self contained group of writers, producers, and performers, Groove Stu has been sharing their gift of music on stages throughout the world since 1999. In 2003, Groove Stu released it's first album, Authentic 4.10 Sessions, independently to critical acclaim. Not content to play it safe, GS chose to showcase it's versatility by making an album that crossed several genres including hip hop, soul, jazz, and reggae. With the com ... pletion of the album, GS sought out to promote the product by doing what they do best. Performing live. GS has shared stages with such acts as Frankie Beverly and Maze, Boyz II Men, Erykah Badu, Mint Condition, Jeffrey Osborne, Eric Roberson, Raheem DeVaughn and Kindred the Family Soul to name a few. In 2006 they released their live concert DVD, Live and Direct From Baltimore. GS took a few years off from performing to create their sophomore album Artofficial Substance, released in 2012. Groove Stu is preparing for the Spring 2017 release of their new album. The album contains a wealth of material drawn from the personal life experiences of each member. Recognizing a lack of substance in today's music, GS felt compelled to write lyrics of self reflection and love meant to inspire and motivate. Whether live or on record, Groove Stu continues in the tradition of legendary artists of the past whose music allowed you to get your groove on but also delivered a message in the process. 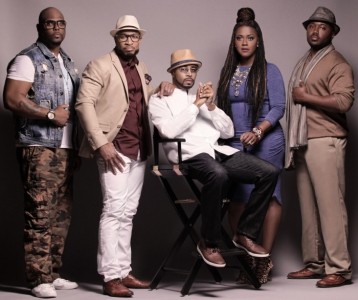