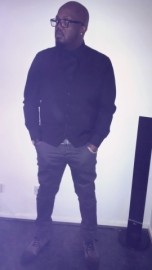 (no reviews)5.0
Country: United Kingdom
Based In: England, Midlands
Performs: Worldwide
From: Contact

When contacting this member, please state that you are viewing their Entertainers Worldwide profile.
Request a Quote
Share this Page:
Profile Views: 445
Report this profile

We have 2 vocalists in our 6 piece line up or 4 with our 12 piece line up along with a 3 piece brass section and percussionist .. We also have keyboards/bass guitar/ lead guitar/ drums ..... We cover a vast repertoire of soul/funk/RnB classics from the 60s thru to the 90's... We also do modern pop/Rnb too....

Joe Ross and the sound has been going since 2008 to the present day ... We have a reputation of being one of the Very best in the business!!!

I've been a full time professional musician for 27yrs at the highest level .. I've worked as musical director to some of the worlds biggest pop stars... My experience more comes from touring the world with artists such as .. James brown.. Lionel Richie .. George michael.. Girls aloud .. JLS .. Will young .. SCLUB 7 .. Amy Winehouse ..sugababes... Etc