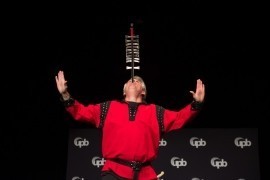 One word, "VERSATILITY!" World Renowned, 73-TIME! World Record Holder BRAD BYERS has a SHOW YOUR AUDIENCE WILL NEVER FORGET! Over his 40 year career, Brad has appeared in 25 countries and countless TV shows. He has even been featured on an on official postage stamp!
: 208-596-XXXX Click here to reveal
full number

When contacting this member, please state that you are viewing their Entertainers Worldwide profile.
Request a Quote
Share this Page:
Profile Views: 3082
Report this profile

Born and raised in Moscow, Idaho, Brad Byers joined a traveling circus as a juggler, shortly after graduating from high school. After a couple of years, he left the circus to focus on television and other international venues. At age 21, Brad considered sword swallowing to improve his act. Brad had never even seen a sword swallower, but borrowed a friend's college anatomy book for research. Brad asked the clerk at a local Army Navy store if he could try swallowing a sword prior to purchase. Brad swallowed his first sword that day and still remembers the rush from the sensation of that first ti ... me he felt the cold steel in his esophagus. In front of a stunned clerk, Brad pulled out that sword, and said "I'll take it!"
Brad Byers has been entertaining audiences of all ages with his unbelievable and genuine daredevil acts for over 40 years. Additionally, he continues to juggle and is now a Grandmaster Yo-yo artist. His performances have taken him to 25 countries. Brad has appeared at a variety of venues (e.g. casinos, cruise ships, corporate events, mega-churches, festivals, fairs) and on countless TV shows including America’s Got Talent, The Late Late Show with James Corden, Germany’s Das Supertalent, Late Night with David Letterman, Ripley’s Believe It or Not, Guinness World Records Prime Time, Stan Lee’s Superhumans, Italy’s Tu Si Que Vales, Miracle Korea, United Kingdom’s Extraordinary Humans, and Colombia’s International Festival of Humor just to name a few. Brad has been featured on Ringling Brothers Barnum and Bailey Circus and Cirque du Soleil. Brad’s international reputation led the country of Grenada to picture him swallowing swords on their official postage stamp. Taped performances of Brad Byers have been featured in Ripley's Believe It or Not museums around the world. Brad choreographed and trained actor Johnny Depp for his hubcap spinning routine in the motion picture Benny and Joon.
Brad Byers has definitely gone from a small town boy to an internationally acclaimed performer. He can swallow a truck axle, giant corkscrew, stove poker, huge pair of scissors, curved sword, wavy bladed sword, bayonet, keyhole saw, common wire coat hanger, and multiple swords at once! Brad is a 72-time world record holder all of which are related to his of acts. Some examples include: The Human Toolbox - first person to drill into his head with an electric power drill; Hottest Flame Extinguished on the Tongue – extinguishing a propane blowtorch on his tongue; Bed of Nails Most Dynamic Weight - driven over by a 1,000 pound quad bike while lying on a bed of nails; and best of all, Most Swords Swallowed and Twisted - swallowing 12 swords consecutively then, twisting those swords 180 degrees in his throat! Brad is the recipient of the Lifetime Achievement Award sponsored by 6 world record organizations, Online World Record’s first ever Extraordinary Performer of the Year award and has been inducted into Record Holders Republic’s Super Human Hall of Fame.
“Brad Byers, you never fail to blow our minds!” – Mark Thompson, host of Guinness World Records Prime Time TV Show. 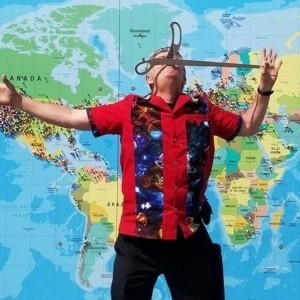 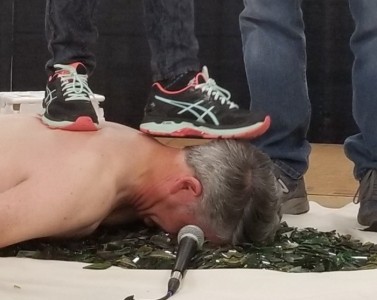 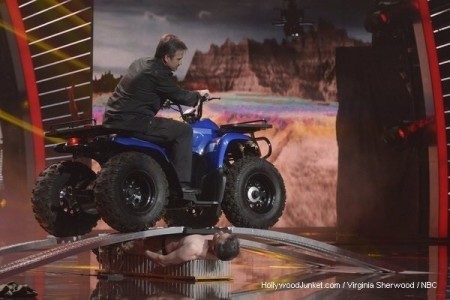 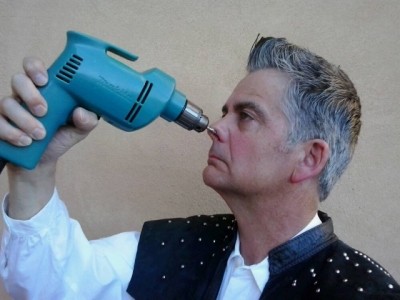 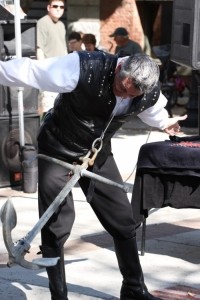 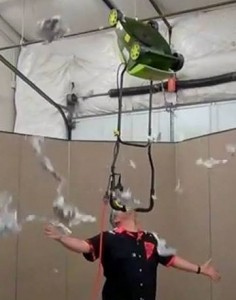 BRAD BYERS - Sword Swallower - Pullman, Washington Event Location: Salem, OR USA Event Type: Fair / Festival 1st September 2015
JAW DROPPING! I had the pleasure of working with Brad Byers last summer at the 2015 150th Anniversary Oregon State Fair. When first meeting Brad, I was surprised to hear him say that he was the sideshow act. I have never seen such a professional, clean cut, well-mannered performer like him. As soon as his show starts, he gets the crowds going. Just his speaking voice is enough to get the crowd’s attention, and then he pulls out a prop... and JUST LIKE THAT, YOU CAN'T LOOK AWAY. Not only are Brad Byers' shows one of the best death defying shows I have ever seen in my life, but he is also an amazing person to work with: PROFESSIONAL, GREAT ATTITUDE, FLAWLESS PERFORMANCES, MASSIVE REPERTOIRE, AND FUN FOR ALL AGES. If you’re looking for a world renown performer for your event? Look no further, Brad Byers is your man!
Reviewed by: Alexandria T
BRAD BYERS - Sword Swallower - Pullman, Washington Event Location: Seattle, WA Event Type: Corporate 26th September 2013
MAN OF MANY TALENTS We hired Brad to help enhance a 6 hour event we hosted for over 300 people. We needed something to keep them in the room and coming back for more. Brad's act was excellent and his stunts keep your mouth open with anticipation. Brad was also very easy to work with on the planning side of things and was professional onsite with changes that arose. Brad and his act are a must have!
Reviewed by: Tacy I.

For a show you'll never forget! I'm offering up to 45 minutes of virtual sideshow acts such as sword swallowing, bed of nails, walking on broken glass, human toolbox, ladder of machetes, juggling stun guns, and much more.

Fun for all ages! I'm offering up to 30 minutes of virtual Grandmaster skill level yo-yo and throwing tops show. These are "old school" yo-yo tricks. I can perform over 300 high-difficulty yo-yo and top tricks.

Entertainment Ideas for a Carnival Themed Wedding
Themed weddings are all the rage at the moment with many options to choose from, and with summer just around the corner, carnival themed outdoor weddings will be appearing ...
Read More
Find Perfect Visual Entertainment for your Next Event!
Sometimes when planning an event, whether it be a corporate affair, wedding reception or birthday party you want to put on entertainment that will keep your guests mesmerised ...
Read More
Find Fantastic Entertainment for a 21st Birthday Party
Celebrating a 21st birthday party is a joyous occasion that is a massive milestone for many people.  Even if you put on a spectacular 18th birthday party for your friend ...
Read More
Circus Themed Entertainment to Amaze Your Guests
Planning any event can be a lot of fun, especially if you are working with a theme for your occasion.  If you are still looking for the perfect theme to keep your guests ...
Read More
Unusual Speciality Acts for Something Different
Our entertainment directory is filled with different entertainment categories and along with our most popular choices such as Live Bands, Comedy Acts and Magic and Illusion ...
Read More
Entertainment your Guests Certainly Won’t be Expecting!
If you love planning events and tend to arrange many throughout a year, it can get a little difficult to keep coming up with new and exciting entertainment ideas to wow your ...
Read More
Speciality Acts to Make your Event Different!
Are you in the middle of planning a birthday party, corporate event or a party for another occasion?  Perhaps you have been looking for the right entertainment but something ...
Read More
Wedding Entertainment Ideas for the Alternative Bride
Gone are the days where you have to stick to tradition for your wedding.  With more couples choosing to steer clear of the Church wedding and the big white dress, many are ...
Read More
Looking for a different type of entertainment? Search NowContact Us