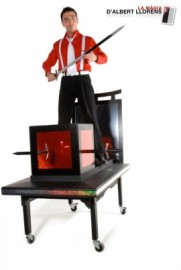 When contacting this member, please state that you are viewing their Entertainers Worldwide profile.
Request a Quote
Share this Page:
Profile Views: 1523
Report this profile

Albert Llorens is a nonconformist magician who has always avoid “practical” tricks that everyone knows. Contrarily to the majority, he has always wanted to “do the things the hard way” to produce bigger, more complex and better effects.
Pianist (Academia Granados-Marshal), bachelor’s degree in Mathematics (Polytechnic University of Catalonia), conference interpreter (Master degree in Translation and Interpretation, Autonomous University of Barcelona) and professional illusionist since 2007, Albert Llorens offers a unique experience in every show.
His working languages are Cata ... lan, Spanish, English and French (native/professional C2 level on everthing).
Specialist in great illusions and special effects, he has never abandoned close-up magic, with witch he is always ready to perform a little “miracle”.
Recently, Albert Llorens has been known because of the presentation of a new controversial show called “Medium”. In witch, he exposes some of the techniques used by fraudulent mediums and psychic scam artists: cold reading, suggestion, muscle reading, ideomotor response,… in order to proof how it is possible, without mechanical tricks, to imply that the reader knows much more about the person than the reader actually does, using palm reading, tarot and psychometry.
He has also worked on TV shows, appearing as a guest star.

Albert Llorens started out in the world of magic very young, thanks to a magic set by “Magic Andreu”. In 1997 he joined a theatre company, combining the tasks of actor, presenter and magician. On many occasions he has worked as a featured artist in a variety show, using his magic to complete a show or integrating it on a stage play.
Specialised in great illusions, he has worked for the most prestigioustheatres, auditoriums, party halls, restaurants, hotels and resorts of the country.
Since 2002 he is a member of the Spanish Society of Illusionism of Barcelona (SEI-ACAI), belonging to ... FISM (Fédération Internationale des Sociétés Magiques), having performed in several occasions in their headquarters as well as in activities organised by them.
About The Magic of Albert Llorens
The company The Magic of Albert Llorens combines large-format shows (magic effects with large apparatus, also known as illusions), with didactic shows for schools, in which topics such as sustainability, principles of physics, recycling, scarcity and properties of water, renewable energies or climate change, are treated in a playful and understanding way for all ages. Some of the most important ones have been: Water: a magic world (2010); The magic of recycling (2011); Against the climate change: the magic of the renewable energies (2012); Grand Ecomagic (2013).
In addition, the company also offers magic workshops, in which all the assistants can become magicians for a few moments, as well as specialized magical effects designed for the promotion of products and companies that want a fresh and attractive new corporate image.
The most important shows have been: Impact, 2006; Cuts, 2007; Let be deluded! An other magic show, 2008; Mirages, 2009; Private, 2010; Wisps of time: a 4D journey; Medium, 2015; On the edge, 2016; Murder on the theatre, 2017.
Every show can be performed in Catalan, Spanish, English or French. 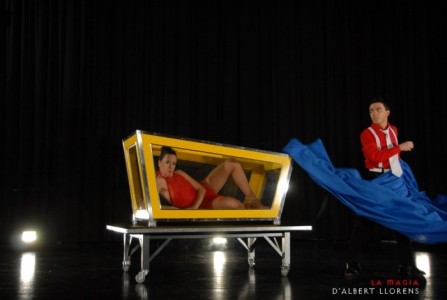 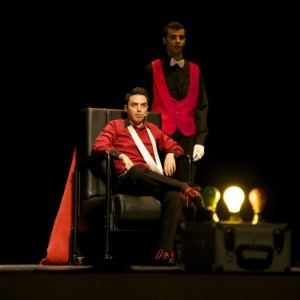 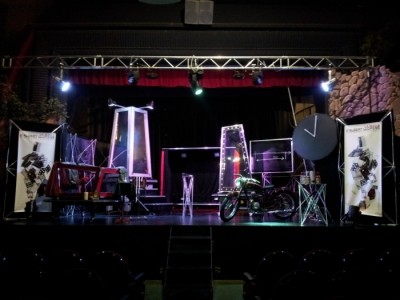 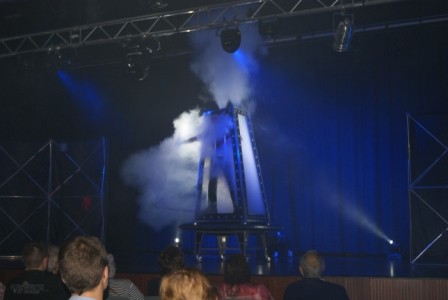 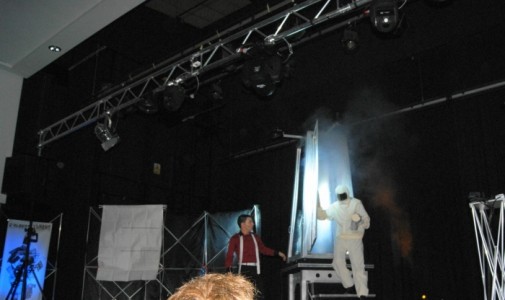 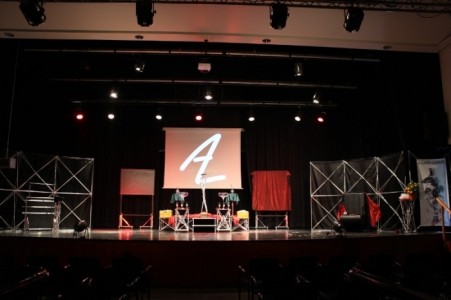 Share this Page:
Click here to view all of our Stage Illusionists on Entertainers Worldwide
Browse all Entertainment Hire options!