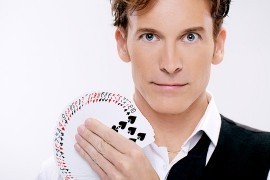 (no reviews)5.0
Country: United States
Based In: Las Vegas, Nevada
Performs: Nationwide
From: $1500

Why subject your sales team to yet another boring PowerPoint lecture on the benefits of prospecting? Let them see and feel the impact while a $1 bill turns into a $100 bill right before their eyes. Your keynote speaker should engage and inspire the audience – magically
Request a Quote
Share this Page:
Profile Views: 2510
Report this profile

Why subject your sales team to yet another boring PowerPoint lecture on the benefits of prospecting? Let them see and feel the impact while a $1 bill turns into a $100 bill right before their eyes. Your keynote speaker should engage and inspire the audience – magically – with products and illusions that relate to their world. Captivate and inform your sales team by choosing a performer who can deliver highly visual effects accompanied by a message driven script.

Whether creating magic for a corporate event, sales meeting, trade show, product launch or hospitality suite, Alexander makes the ordinary extraordinary. His magic can draw attention to a sales message like paper clips to a super-charged magnet! Employees simply cannot resist the impact of magic. When they see it, they love it! – the result will be Maximum Entertainment for your event!
A graduate of U.S.C.’s School Of Business, he began at age thirteen when a childhood friend taught him a trick. Practicing hard and competing at magic conventions, the first fruits of his efforts yie ... lded the first place trophy for stage magic at The Pacific Coast Association of Magicians convention in 1986. The very next year he returned with an even more elaborate act, only to claim the first place throne once again. Soon thereafter, pursuing a degree in marketing, he presented illusions for Six Flags Magic Mountain, and later toured Australia as an apprentice to illusionist Chuck Jones, garnering him the real trade secrets of illusionary magic.
A graduate, he returned to the states, performing at Hollywood’s famed Magic Castle often and was presented the highly respected Achievement Award. Soon after, The International Magic Awards featured his act and presented him with a trophy for Best Junior Magician. This FOX nationally televised special was the first of it’s kind and opened the door for Alexander to later guest star on FOX’s ‘V.R. Troupers’ series.
He developed even more breathtaking illusions and took them abroad. His show was presented in Japan Misugi and Uoku resorts, each for six month contracts, and was a featured attraction at the Park Place Mall in Oita. He also appeared on NHK, Japan’s premier television network and soon toured his show to cities like Stockholm, Rio de Janeiro, Kuala Lumpur, Keelung Taiwan and Shenzen China. 1996 found him featuring close-up magic at Caesars Magical Empire in Las Vegas, and later in 1997 that act made him a Gold Medal Finalist at The International Brotherhood Of Magicians convention in Norfolk, Virginia. The following year he became a finalist –this time for stage magic- at the same convention in Los Angeles. In 2004 he headlined in his own show at The Horizon Hotel in Lake Tahoe for two years straight. Not satisfied with typical ’stand-up’ magic, Alexander’s ‘Experience The Illusion’ Show, complete with props, costumes and assistants; was snapped up by Princess Cruises as a feature on six of their Grand Class ships, which received rave ratings and standing ovations from their customers.
Currently residing in Las Vegas, the entertainment capital of the world, Alexander entertains at local corporate events performing his illusion show in casino showrooms like The Orleans. He is constantly pushing the creative envelope with magic that speaks directly to what his clients want to get across. Alexander is making magic something cool, something hip and something for the 21st century. 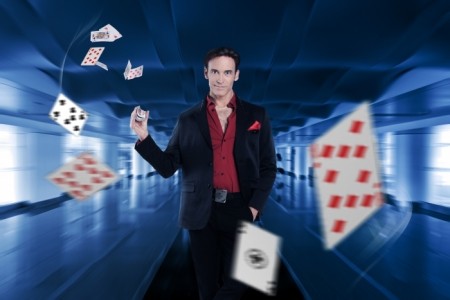 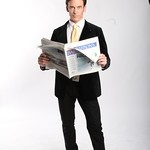 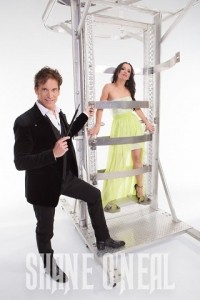 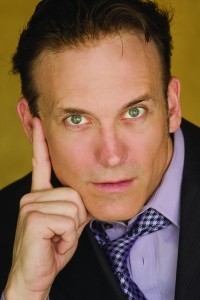 Rather than tell you my experience. Let's hear from just a few of my satisfied clients:
“Alexander’s performance was excellent and we are still receiving positive comments two months after the show.”Alpha Microsystems
“Alexander is more than just an entertainer. No other magician can weave sophistication and class into their presentation the way he does.” Glenn Gelman & Associates?
“Alexander’s performance of magic was very professional and most entertaining.”
Hoffman Video Systems
“Alexander is truly a magnificent entertainer.” Parkinson’s Resource Organiz ... ation
“I am a big fan of magic, and Alexander is one magician you will enjoy.”Fox News
“Alexander’s illusions are performed with delightful twists and personality. He proves a master of staging.” The Sacramento Bee
“Thanks for a great show.” Olivia Newton-John
“That’s really something.” Jeff Goldblum
“Alexander awesomely dramatizes the ancient art of prestidigitation.” Spotlight On Las Vegas
“Alexander is one of the rising new talents in magic.” The Magic Castle 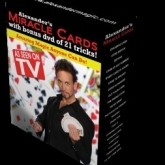 
THE NAME SAYS IT ALL! You can learn to perform the greatest card tricks of all time with Miracle Cards. This lethal weapon will make people think you are the greatest magician in the world. You will find yourself instantly performing these 21 legendary pieces of card magic. No skill required! Dispatch time 7 days.