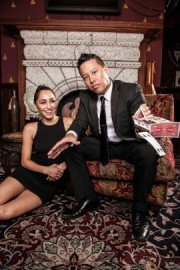 (no reviews)5.0
Country: United States
Based In: USA, California
Performs: Worldwide
From: Contact

Rodney Reyes delivers a high paced stage performance combined with sharp humor, visual magic and startling revelations. You never know what to expect, in one moment your personal belongings might vanish and reappear in the most unexpected place, in another, a member of your family might become part of the show as well. Even if they’re not attending. Even if they’re at home. Even if they’re in a different country! Every member of the audience becomes involved in one-way or another, yet not a single volunteer is ever made to feel uncomfortable. Quite the opposite: Rodney’s relationship w ... ith his audience often proves to be the most magical element of his show, as he turns his volunteers into stars for the night.

Rodney Reyes has been transforming ordinary experiences into moments of astounding beauty for over a decade. Now well known as a Celebrity Magician, Rodney Reyes honed his talent in Las Vegas, NV building his brand as one of the most exclusive magicians in the United Stages as the resident Magician as the Resident Magician in Planet Hollywood Casino/Las Vegas.
Reyes delivers a magnetic performance. Though some might compare him to a present day shaman than a magician, the art of magic has finally been updated for a new generation.
With his unique, once in a lifetime experience, he will t ... antalize your senses and leave you talking for years to come
With quick-witted humor and mind-blowing, sophisticated miracles, Rodney Reyes will take you on a journey to the edge of perception. 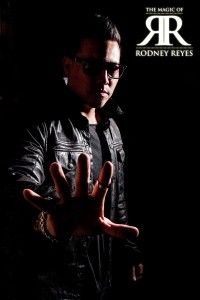 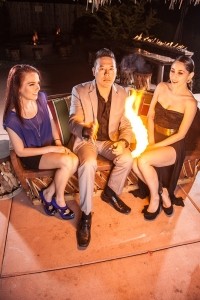 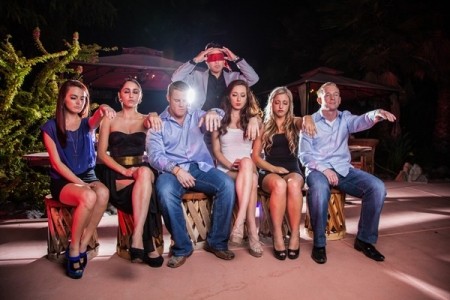 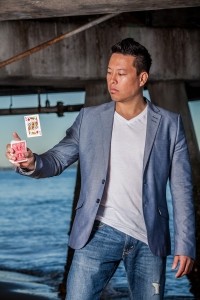 From the beginning, Reyes was recognized as a gifted and unique performer. He began in Las Vegas, working alongside top event producers, performing at the most exclusive nightclubs and events. Along the way he wooed a list of celebrities including Corey Feldman, Usher Raymond, Juliette Lewis, Meg Ryan, Jon Voight, Juliette Andrews, Neil Patrick Harris, Nelly, S.F. Giants’ Manager Bruce Bochy and many more.
For more info: www. RodneyReyesLive.com