Sean Alexander is one of the UK's leading illusionists and the Worlds ONLY Confusionist. Sean combines grand illusions, mind illusions and close up illusions to create stunning shows both intimate and grand.
: 0776588XXXX Click here to reveal
full number

When contacting this member, please state that you are viewing their Entertainers Worldwide profile.
Request a Quote
Share this Page:
Profile Views: 4160
Report this profile

"One of the best magic acts we've seen" Piers Morgan
"How on earth?" Amanda Holden
"That was crazy! Incredible" Cher Lloyd - UK Recording Artist & X Factor Star
"I love your message, I love your purpose, it's beautiful" Jullianne Hough - America's Got Talent Judge
"We've found the best" Alliance & Leicester
"On a par with the best that David Blaine could offer" City Times-Dubai
Sean ‘The Confusionist’ Alexander is one of the UK’s leading illusionists. His energetic shows and TV appearances have won critical acclaim and thrilled audiences all over the world.
A dedic ... ated illusionist, Sean is driven by the need to amaze and bewilder audiences with innovative illusions. A true showman, he is capable of delivering high-impact illusion acts of all kinds, including intimate close-up magic, cabaret magic and mind-reading, and Las Vegas-style high concept ‘Grand Illusion’ shows.
Sean’s international appeal is proof of the universal appeal of magic. A friendly, charismatic and highly skilled illusionist, he appeals to all demographics, from tourists and TV viewers to executives at corporate events.

From Performer to Master Illusionist
They say that entertainers aren’t made – they are born. And in Sean’s case, that is very true. From a young age, Sean felt a strong urge to entertain, and would spend hours perfecting his routines and music. But at the age of 8, Sean received a gift that would change his life forever; a magic set. Enthralled by the relatively simple tricks in the set, Sean became fascinated with the art of illusion. And there, the first seeds of a lifelong passion were sown.
As ‘The Confusionist’, Sean has performed his crowd-pleasing magic and illusion act ... s at some of the world’s most famous venues, including The London Palladium. But it was as a stage performer that he got his first break, appearing professionally at UK resorts. There, he honed his performance skills and learned how to engage the audience and draw them into his ‘world’. These talents would prove to be the foundations of his later success.
While he enjoyed being an entertainer, Sean couldn’t escape the lure of magic and illusion. So when he met a former stage magician, he knew he had been presented with a golden opportunity. Under the guidance of this newfound mentor, 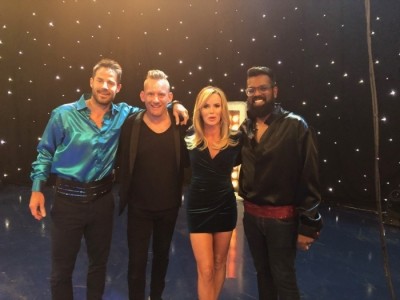 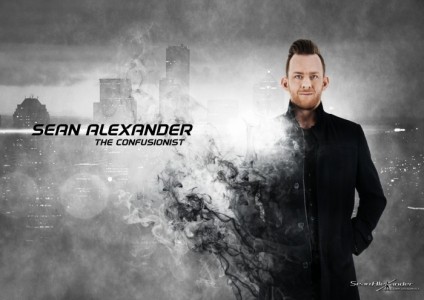 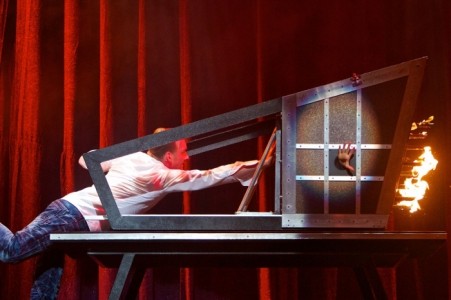 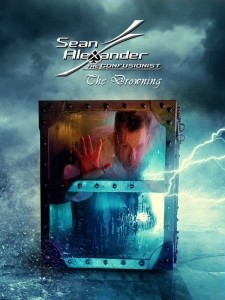 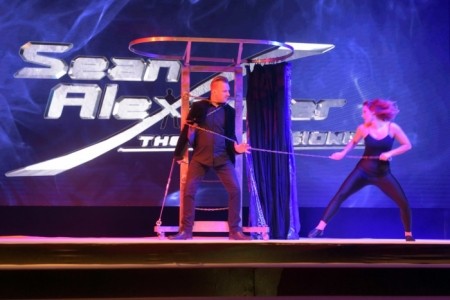 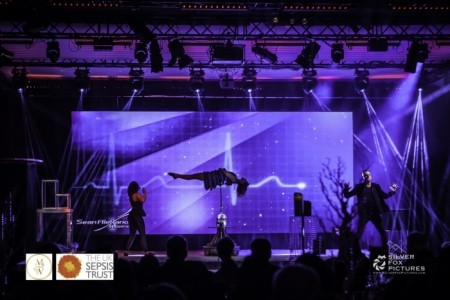 Sean Alexander -The Confusionist - Stage Illusionist - Stratford, London Event Location: Grovenor House, London Event Type: Corporate Birthday Gala Dinner 7th December 2019
“Firstly, working with Sean and his team is really simple. From the initial enquiry and telephone discussion a proposal was quickly provided that understood the requirements of the client and served to show the professionalism from start to finish. A meeting with the client with Sean and Keith meant that they too were involved and had the opportunity to input into Sean’s show. A pre production meeting at the venue (The Grosvenor in London) resulted in a couple of changes to Sean’s show (the fire element was not allowed) but Sean was able to suggest excellent alternatives for consideration. The show was amazing; a truly brilliant and magical performance that included audience interaction and kept them guessing how the impossible had been performed. This was a show of the highest quality and I would have no hesitation in recommending Sean Alexander and his amazing team. They are true professionals and his magic and illusions are truly mind blowing. Thanks again.
Reviewed by: Sarah Easey
Sean Alexander -The Confusionist - Stage Illusionist - Stratford, London Event Location: Isle of Man Event Type: Car Dealership Launch Event 7th September 2018
“What a show, what a performer, what a team! From the manager Keith, who was a genuine pleasure to work with and took away any issues, to the stagehands who were all ultra-professional and totally committed to delivering an outstanding performance, everything was brilliantly handled. And then there was Sean and his truly mind-blowing performance. A delight to work with, and everything was geared to our requirements. When we said we wanted our VIP guests to see something they will never have seen before, we had no idea that you would not only do this but go way beyond even our expectations! The main show was truly spectacular – the speed of the illusions was simply incredible and our 600 guests were absolutely dumbstruck! Even more impressive was the scale of the show – one amazing illusion followed instantly by another, and another, and another – it left you reeling! To be honest, this part of the show alone was worth every penny and left the crowd awestruck. But then the fin ...ale!
Reviewed by: Steve Wicks
Sean Alexander -The Confusionist - Stage Illusionist - Stratford, London Event Location: Hilton Hotel, Liverpool Event Type: Corporate Event 6th October 2016
"We hired the Illusionist Sean Alexander and his team to provide us with after dinner entertainment for our annual Investor conference. Our Chief Executive had seen Sean performing earlier in the year and was very impressed. This was the first time we had used magic at any of our events and I’m delighted to say that the show was great and very well received by our clients. Sean even stayed late into the evening entertaining our clients with his incredible magic! Sean is very personable and nothing was too much trouble. He was a delight to deal with from start to finish and was very helpful in providing solutions to arising problems and some logistical issues we initially had. I would have no hesitation in recommending Sean and look forward to being able to work with him on a future event."
Reviewed by: RACHELLE CORNELL
Sean Alexander -The Confusionist - Stage Illusionist - Stratford, London Event Location: Landmark Hotel, London Event Type: Bar Mitzvah Party 9th July 2016
"Sean - as we land back down to earth, I just wanted to say a very big personal "thank you" on behalf of Gayle & I for making our weekend so incredibly special. As I told you (being a perfectionist) I am not the easiest person to please - but please us you did - and in spades. When we decided to have Sam's Bar Mitzvah party we wanted to have something extra special for him to enjoy and I'm pleased to say that both he - and everyone else - agreed that you "hit the spot" perfectly - with the show being every bit as good as we could have wanted. So - a huge thank you again to you and to your team for all your hard work. You all surpassed yourselves in every way - and for that we are more grateful than words can say. As for Keith's email and attachment below - I (aka Craig Revel Horwood) am happy that you should score yourself a perfect 10 on all questions!"
Reviewed by: Mr A Klein
Sean Alexander -The Confusionist - Stage Illusionist - Stratford, London Event Location: ICC, Birmingham Event Type: Corporate Event 9th April 2014
"We recently hired Sean Alexander to perform at our Sales Conference at the ICC in Birmingham to enhance our “magic” theme. The performance was amazing and the audience was completely mystified.  Not only did he and his team conduct a faultless and spectacular show on the performance day, but their understanding and flexibility of our requirements for rehearsals proved that they are true professionals with the customer as their number one priority.  The respect, patience and personal time that they provided to us prior to the show displayed true dedication to their performance, a strong pride in the excellence of their work and the desire to meet our exact requirements without a flicker of doubt.  Not only did they meet our requirements, they exceeded them! They made a huge impression and there will be no hesitation in booking them again. No other illusionist will do - we’ve found the best!"
Reviewed by: Julie Roblin

A fun and interactive magic and mind show that guarantees to leave you and your guests amazed. Sean has adapted much of his material and created new conceopts that allows him to create the magic through the magic of Zoom. Audiences are left absolutely dumbstruck as the magic becomes even more powerful as it all happens through the screen with the participants being the ones in control.

The show can be anything from a 15 min energizer during a meeting to a full show lasting approx 45 mins. Sean has all the tech with his custom studio where all the magic takes place.

Sean has huge amounts of experience with virtual shows and orchestrated and hosted an online entertainment extravaganza that ran for 24 hours (yes Sean stayed awake for the whole duration) that consisted of over 50 acts and celebrities raising money for the NHS and frontline workers.

For more information on how Sean can help with your virtual event or meeting get in touch...Sean may even demonstrate some magic for you virtaually if you'd like to see what he can offer.