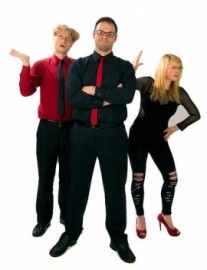 "The speciality/variety act of the decade" STAGE NEWSPAPER
Request a Quote
Share this Page:
Profile Views: 2278
Report this profile

THE MEGA ILLUSION SHOW - Suitable for any audience size
Slightly Unusual's MEGA SHOW will guarantee that people will come up to you and congratulate you on a great event - even if you don't want them to.
The show features non stop epic grand illusions. Watch as a girl is flattened like a pancake in front of your very eyes, marvel as two people change places in less than a second.
Many of Slightly Unusual's illusions have been custom designed for their shows. This means they cannot be seen anywhere else but in one of their Mega Show's.
Slightly Unusual's Mega Show features unique pr ... esentations that are bizarre, strange, hilarious and unlike anything you have seen before.
THE ILLUSION SHOW
Sometimes clients haven't got the space or the budget for Slightly Unusual's Mega Show. It is for this reason that they have developed a show that has the same feel as their Mega Show but without the Grand Illusions. Instead Slightly Unusual use custom designed smaller illusions which will fit into most performance spaces.
This show features Slightly Unusual's signature routine 'Heads Off' in which a girl's head is removed with no cover whatsoever.
VIP PRODUCTION
Imagine having Slightly Unusual open your business conference with a magical production of your MD who then goes onto give their Keynote Speech.
Imagine starting your Wedding reception with one of our Mega Illusion Shows except the opening illusion is a magical production of the Bride and Groom who then sit down to enjoy the rest of the show.
Slightly Unusual's availability is dictated by their touring schedule. Contact us to check availability.

We have won numerous awards and achievements. In the last 12 months we have
Won Brit Idol 2012
Been voted the Best Illusion Act in the UK National Championships
Reached the Grand Final of Britain Does Variety on Sky TV
Voted Officially the Most Loved Entertainer in the UK 2013
Awarded British Magical Society Parlour Magician on the Year 2013
Appeared numerous times on Sky TV and ITV 1 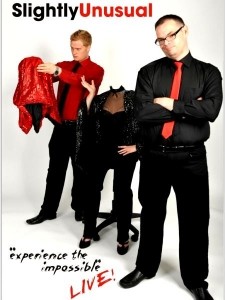 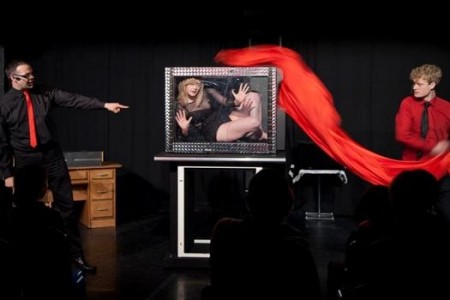 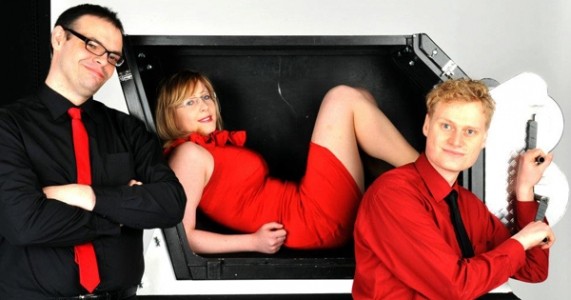 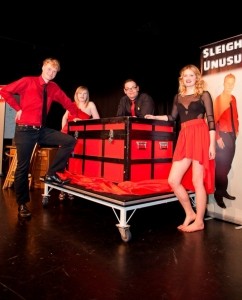 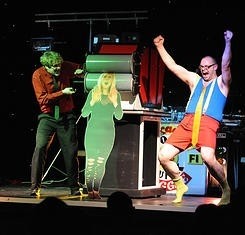 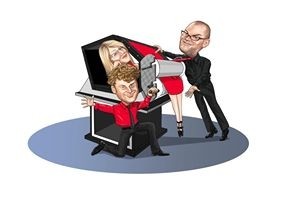