You are contacting Socially Connected (live and virtual performances) 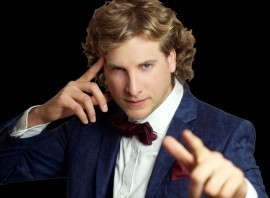 Matias is an award-winning Chilean-American illusionist and mentalist. He created "Socially Connected" a magical experience that brings everyone together into a world of magic, comedy and mind reading demonstrations. This is a highly interactive show!
: 646476XXXX Click here to reveal
full number

When contacting this member, please state that you are viewing their Entertainers Worldwide profile.
Request a Quote
Share this Page:
Profile Views: 5673
Need Help?
✖