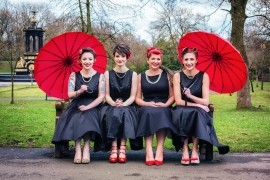 The Cairn String Quartet is an experience like no other – four of the UK's elite string players coming together to create a unique and inspirational orchestral show with a twist.
Request a Quote
Share this Page:
Profile Views: 1181
Report this profile

The Cairn Quartet String ensemble perform across the world in all settings, from intimate settings to extravagant productions. They are equally at home playing for weddings and corporate events as they are on the concert stage from small intimate gatherings to cruise ships to Arenas.
Formed in 2007 whilst busking on the streets of Glasgow, the Cairn String Quartet are graduates of the Royal Scottish Academy of Music and Drama (now Royal Conservatoire of Scotland).
Specialising in the arrangement and performance of all musical genres, but particularly rock and pop, the quartet provides a tail ... ored made experience designed to make your event memorable and unique. Their very own string arrangements, as well as collaborating with other Scottish composers and arrangers, has led their playlist to be like no other, from Bach to Britney Spears, Mozart to Metallica and Sinatra to Star Wars!

The Cairn String Quartet is an experience like no other – four of the UK's elite string players coming together to create a unique and inspirational orchestral show with a twist.
The quartet perform all genres of music on classical instruments – expect Bach to Bowie, Ravel to Radiohead, Mozart to Muse, Lady Gaga, Guns ‘n’ Roses and many more, excelling in sets originating from their Scottish roots. Pop and rock princesses at heart, the four ladies are passionate about music, write and arrange their own material and work with new artists across the musical spectrum. Their work can be ... heard on NBC’s show Smash, on adverts, including a recent L’Oreal advertisement played during the NFL Superbowl and on MTV.
Famed for their collaborations, Cairn String Quartet and alter ego Electric String Orchestra has performed with artists throughout the UK, Europe and North and South America and North Africa. Festival appearances at Glastonbury, Benicassim and South by Southwest in Texas, whilst Radio Appearances include BBC Radios 1, 2 and 6. TV appearances include the MOBOS in 2011 and 2013 alongside Professor Green and Emeli Sandé. The group toured and appeared on stage with The View for their 7 year unplugged tour, Echo and the Bunnymen during their recent Ocean Rain tour, with Mercury Award Winners Young Fathers and performed for the 10th anniversary of the Scottish Parliament. Cairn String Quartet have been lucky to have been invited to perform many times for members of the Royal Family including HRH Queen Elizabeth II and for our Prime Minister David Cameron. 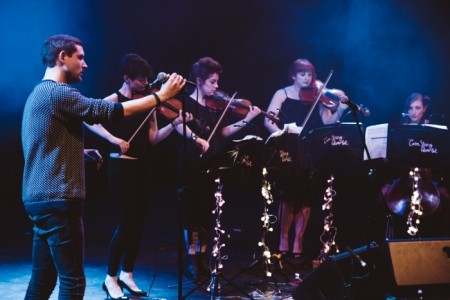 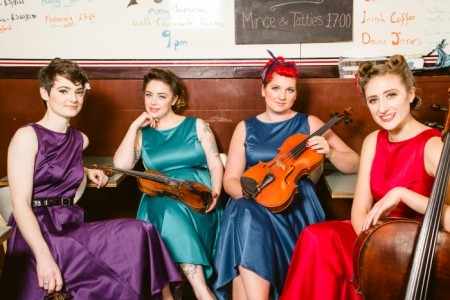 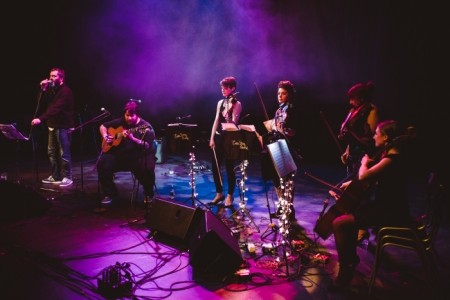 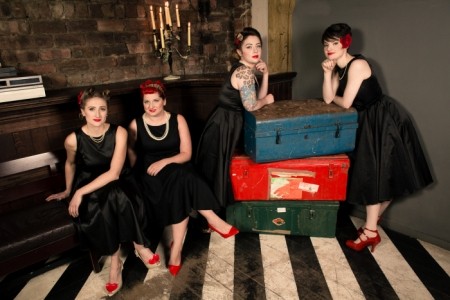 For Cruise contracts we have worked for SAGA and Carnival to excellent feedback.