You are contacting Tim King 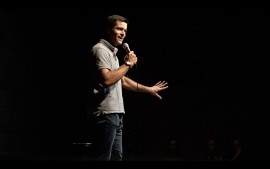 Tim King is a North Carolina standup comedian, comedy improvisor, and actor. Tim got his start in California while serving in the United States Air Force. There, he trained in ensemble comedy as well as solo standup comedy.
Request a Quote
Share this Page:
Profile Views: 959
✖