You are contacting Carmel Hunter 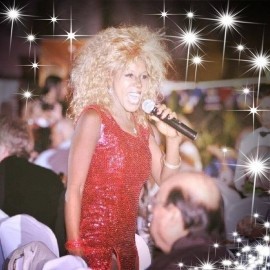 Carmel Hunter is a premier tribute to legendary singing icon Tina Turner. In June 1997, as the very first act of TV's 'Stars In Their Eyes', Carmel was invited back to appear in Stars In Their Eyes Christmas Special, by Granada TV.
: 0785452XXXX Click here to reveal
full number

When contacting this member, please state that you are viewing their Entertainers Worldwide profile.
Request a Quote
Share this Page:
Profile Views: 1969
Need Help?
✖