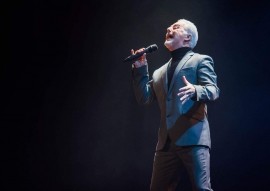 (no reviews)5.0
Country: Ireland
Based In: Dublin, Leinster
Performs: Nationwide
From: £600

Danny Roman is one of Europe’s finest Tom Jones tribute acts. All the charismatic hip swinging sex appeal and vocal ability that has made Tom Jones a singing legend throughout the world. Winner of the Ultimate Tribute Contest, Blackpool 2012
Request a Quote
Share this Page:
Profile Views: 580
Report this profile

“My concept for the Tom Jones tribute show was to devise a show that would keep an audience entertained throughout the entire performance. I am totally focused on sounding like Tom, singing in his original keys and incorporating the movements and mannerisms of him while performing his songs.” Danny Roman
Danny Roman is now one of this country’s finest Tom Jones tribute acts. In his Tom Jones tribute show, he not only possesses the charismatic hip swinging sex appeal of the younger Tom, but he also has the power and vocal ability that has made Tom Jones a singing legend throughout th ... e world.
The ‘Danny Roman is the voice of Tom Jones tribute show‘ can be performed with a 4 piece band up to 7 piece and also self contained using Danny’s own 3000 Watt Adlib Audio PA system, lighting rig, backdrop and mist enhancer. All equipment is PAT tested, carries Public Liability insurance and covered by Equity.
Danny has been pre-match entertainment at sports stadiums covered by Sky TV and performs at many outside festivals. Danny Roman is associated with The Celebrity Golf Tour.

I sing all the Hits of Tom Jones and more, too many to list and all in the original keys!

Danny Roman has been a professional entertainer since 1989. As a Liverpool based trained actor and singer he is renowned for his powerful voice and energetic stage performances He has performed at many prestigious events throughout his career including being invited to sing at 10 Downing Street for the Prime Minister 1996 and also appearing at the Duchess of York’s charity New years Eve Ball at the Grosvenor House Hotel in Hyde Park London 1996.
Danny has performed live as pre match entertainment and covered by Sky TV at many sports stadiums including: Liverpool Football Club, Everton Foo ... tball Club, St Helens Rugby League Club, Widnes Vikings Rugby League Club and Carden Park Golf and Country Club.
Danny has recorded many songs and albums which have been aired on BBC Radio Merseyside and his latest single ‘Turning Back the Hands of Time’ which was recorded in conjunction with Radio Merseyside’s ‘Songs of Love and Hope’ was the fastest selling single on Merseyside in December 2005.
Danny Roman is an accomplished vocal impressionist with voices such as Neil Diamond, Dean Martin, Cliff Richard, Johnny Mathis, Englebert Humperdink, Elvis Presley, Shirley Bassey and Tom Jones.
Danny’s impression of Tom Jones was so strong that in 2002 he began his new Tom Jones Tribute show called ‘Danny Roman Is The Voice Of Tom Jones’ This show has already seen Danny performing with an 18 piece orchestra at the Empire Theatre Liverpool, Danny is currently appearing at the famous Estrel hotel in Berlin throughout 2012-13 at the Stars in Concert show. 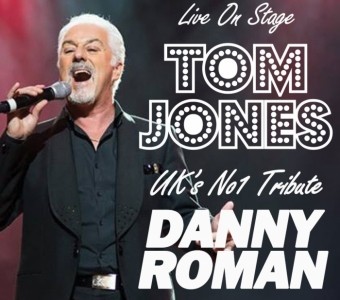 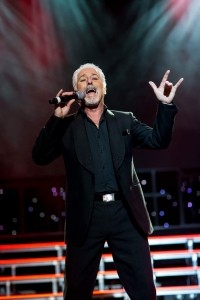 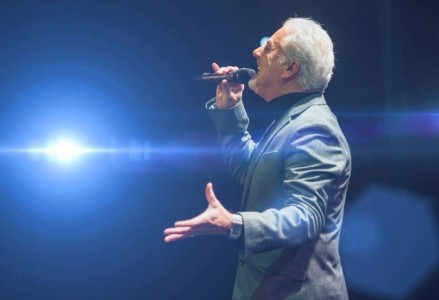 Danny’s TV credits include:
Arthur Williams in Channel 4?s ‘The Beat Goes On’,1999
Benny ‘The Lost Weekend Channel 4?s Brookside 1999
Danny’s theatre roles include:
Earnest Worthing in Oscar Wilde’s The Importance of Being Earnest
The Reverend Hale in Arthur Millers The Crucible
Mark Anthony in William Shakespeare’s Julius Caesar
Prince Charming in the pantomime Cinderella at the Royal Court Theatre in Liverpool 1999

I carry £10, 000, 000 Public Liability insurance
My equipment is PAT tested
I am a member of Equity