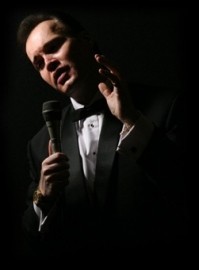 You have certainly come to the right place to book the No 1 Matt Monro Tribute Experience in Great Britain.
Request a Quote
Share this Page:
Profile Views: 487
Report this profile

You have certainly come to the right place to book the No 1 Matt Monro Tribute Experience in Great Britain. Ian prides himself on his attention to detail his professionalism will bring you the ultimate Matt Monro Experience. Ian will focus on your event and his passion and dedication is your guarantee of success. At Portrait of Matt Monro we will hit the right note every time.
When Ian sings with some of he best full orchestral backing tracks (you won’t hear any synthesisers here) you’ll be amazed just how close Ian sounds to the real thing, with perfect English diction Ian will bring M ... att’s songbook alive as if the great Man had never been away.
Ian is rightly recognised as one of the finest singers in Great Britain and is just as proud of his London roots as Matt himself was. Ian was recently offered the lead in the massive West End hit ‘The Rat Pack’ and the chance to play his other great hero, Frank Sinatra who was also a massive fan of the boy from Shoreditch, Matt Monro.
Ian has sung in some of the top venues in the UK and for some of the biggest names in show business for example, he sang at Sir Andrew Lloyd Webber’s Wedding.
You will hear all of Matt’s hits, sung to perfection, unforgettable love songs, like the classic ‘Portrait of My Love’, cool swinging up tempo hits like ‘My Kind of Girl’ you’ll hear beautiful, lilting, love songs like ‘Softly As I Leave You’ (which Sinatra called one of the most haunting love songs he has ever heard).
You will hear Matt’s greatest chart success ‘Walk Away’ sung with perfect timing and understated English passion. Lennon and McCartney’s classic ‘Yesterday’ which was a massive hit for Matt and is given his unique treatment and who could forget ‘On Days Like These’ from the Italian Job.
Enjoy the ambience of cool sophistication as Ian walks on stage in a tailor made exact replica of Matt Monros’ trade mark black tuxedo, immaculately attired in sixties chic, Ian will launch into ‘From Russia With Love’. You will be transported to a time when England was cool and be reminded that for millions, James Bond was never more exciting than when Matt was centre stage – cool Britannia indeed!
Let’s not forget the song Matt will forever be associated with ‘Born Free’ and many other movie theme songs which Matt sang in his long career, are also included. Also, Ian can tailor the show to your personal requirements, so if you have a favourite Matt Monro hit, Ian will make sure it is included in the tribute.
‘If I Never Sing Another Song’ Matt’s poignant ballad, which is often considered to be autobiographical, is always included. So if you are looking for a Matt Monro tribute if you only book one singer, book Ian Gallagher as Matt Monro!

Ian was born in Kensington, London but at an early age went to live in Santa Barbara with his parents until the age of 7. When Ian returned to the UK he lived for a short time with his grand parents in London’s East End and got to know the area where his mother grew up and didn’t find out until many years later that they lived not far from where Matt Monro was born in Ironmonger Row in Shoreditch.
Ian knew, even from his early childhood, that he wanted to be a singer like his great hero’s Matt Monro and of course Frank Sinatra so he began taking singing lessons at the age of 11 with f ... our different singing teachers. One of Ian’s earliest memories was listening to Matt’s great recordings and trying to emulate his breathing technique so much so that when Matt appeared in the mid-seventies in Yarmouth Ian badgered his parents to drive from London to watch his show. Ian sat through the matinee performance and then went straight back into the theatre in the evening performance to watch him again.
The seeds of Ian’s life long obsession were sown Ian began singing in London Pub’s even though he was underage, he would sneak in and sing with the bands just as Matt Monro had done himself many years before. Ian later found out that he even sang in some of the same venues. His first big break came when his last singing teacher arranged for him to audition for the big band singer in the film ‘Yanks’ featuring Richard Gere.
biography
He was chosen for the part out of 400 others at the age of just 16! The movie was a huge success, taking 4 months to film and he sang with an 18-piece band, which he greatly enjoyed. He then fronted his own Jazz quartet performing at club venues. At just 20 years of age he started cruising on the original Oriana, performing with a production company, in such starring roles as Tony in West Side Story. While Ian was cruising Matt Monro was on a world tour, Ian tried several times to meet with Matt but always managed to miss him, on one occasion, by only an hour, when Matt was performing in Hong Kong.
When Ian returned home he auditioned for Radio 2 and was picked as a session singer for BBC’s live orchestras. He was to be featured as a male vocalist on BBC Radio 2. Having a vocal range of nearly 4 octaves, he has been able to transform both contemporary standard tunes into a style which makes him an individual performer constantly being in demand as an international artiste.
Ian has performed at the London Palladium, The Talk of the Town, (which was one of Matt’s favourite venues) and The Savoy, to name but a few. He was the only male vocalist invited to perform to the British Troops during the First Gulf War. He has had the honour of going to Buckingham Palace to perform in a charity concert.
During Ian’s long career he has always made sure that Matt’s music was featured in his performances and has constantly reminded his audience of Matt’s singing genius and takes great pride in presenting this special tribute to the one and only Matt Monro. So if your looking for a Matt Monro Tribute Act then book A Portrait of Matt Monro 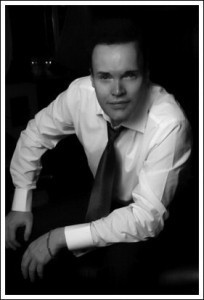