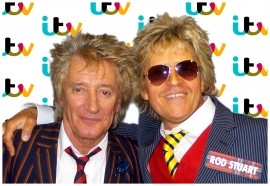 When it comes to tribute acts, Rod Stuart, is without doubt one of the finest Rod Stewart tribute artists there is. Not only is he an uncanny Rod Stewart look alike, he is a fantastic soundalike too.
: 0793247XXXX Click here to reveal
full number

When contacting this member, please state that you are viewing their Entertainers Worldwide profile.
Request a Quote
Share this Page:
Profile Views: 1239
Report this profile

When it comes to tribute acts, Rod Stuart, is without doubt one of the finest Rod Stewart tribute artists there is. Not only is he an uncanny Rod Stewart look alike, he is a fantastic soundalike too. Add to that the moves, the charisma & the showmanship and you have the next best thing to the real man himself.
The show packs all of Rod's many hits, from an outstanding career spanning five decades, into a non stop exciting performance. Beginning with the Rock and Pop classics of the sixties, when he sang with the Faces, through to the Soul, Motown and Swing of The Great American Songbook alb ... ums, this Rod Stewart tribute act can sing them all.
There are so many songs to choose from, each performance can be tailored to suit each occasion, to guarantee maximum appeal. If you are looking for live entertainment for your event, whether its a Theatre, Football Stadium, Cruise Ship, University, Army Base, Racecourse, Hotel, Golf Club, Social Club, Wine Bar, Restaurant, Wedding, Private Party or Corporate Function, this Rod Stewart impersonator has played them all and with songs from the 60's, 70's, 80's, 90's, 2000's and beyond, there is something for everyone.
Having more than 15 years experience and over 2000 shows under his belt this is a Rod Stewart tribute artist you can rely on to deliver a high quality, professional, polished performance every time.
Tribute singers and celebrity lookalikes have now become one of the most popular forms of entetainment at private and corporate events, so why not surprise your guests with probably the best Rod Stewart tribute act there is and make it a night they'll never forget!
But don't be fooled by tributes and tribute bands for hire that mime and wear wigs, this Rod Stewart look alike is as authentic as it gets. Available solo, with a full live tribute band and even dancing showgirls (to reproduce the glitz and glamour of Las Vegas) the choice is yours.
Get in touch for help and advice, you won't be disappointed. 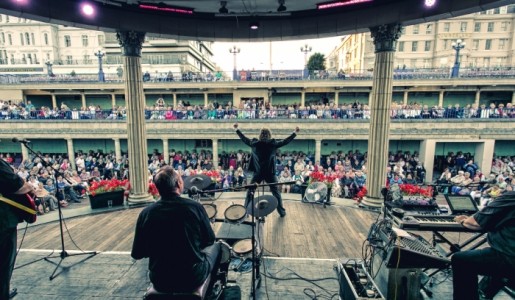 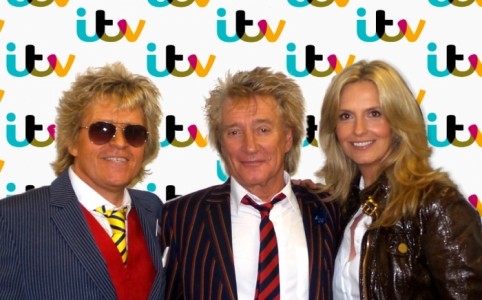 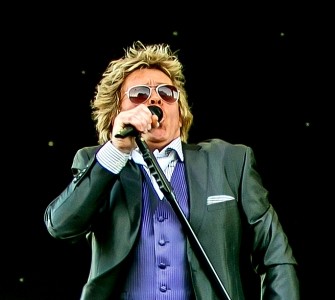 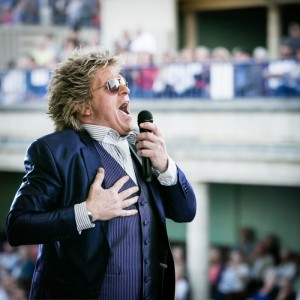 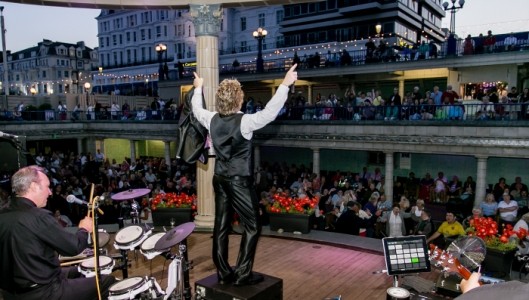 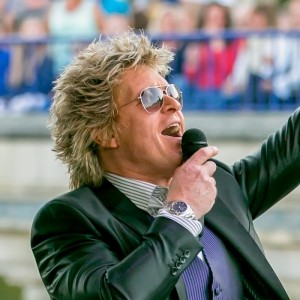 Crucial to any Tribute Acts performance is the quality of the sound equipment they use. The price of microphones, P.A. Systems and other essential items varies dramatically and like they always say 'you get what you pay for'. Poor quality equipment produces poor quality sound, i.e. a tinny, distorted sound or whistling feedback problems.
Never overlook this when choosing live entertainment for your event, your guests ears will hear the difference.
Rod Stuart only uses the best sound and lighting equipment available, which is fully PAT tested, now a legal requirement.
Another legal req ... uirement for any professional Tribute act is Public Liability Insurance. Rod stuart is covered up to £10 million.