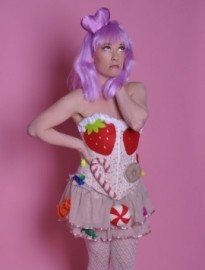 Cupcake Dream is an amazing, sweet and fun show based on Katy Perry's “I kissed a girl” and “Teenage Dream” Tours and music videos.
Request a Quote
Share this Page:
Profile Views: 367
Report this profile

Cupcake Dream is an amazing, sweet and fun show based on Katy Perry's “I kissed a girl” and “Teenage Dream” Tours and music videos.
Sarah Rioja is the artist behind the Europe's No.1 Katy Perry Tribute Show: Cupcake Dream. Sarah has been professionally performing for 8 years and this Tribute becomes something really close to her and one of her favorite shows ever. She gets easily and naturally Katy Perry vocals, moves and vibe. The crowd is enchanted by her from the first minute she starts to sing and move.
Sarah is a high-rated singer and entertainer having performed all over Euro ... pe: Spain, Italy, Cyprus and UK. From 5 star Hotels to Tours around the Spanish Mediterranean coasts or Night Clubs in Ibiza and Spain and the main venues and Hotels in Cyprus, working up to 6 nights per week giving in each show all the best energy.
She has worked as well for some of the top producers in London: John Robertson (Grace Jones and Morcheeba) and Max Heyes (Primal Scream, La Roux). Sarah has been performing on the stage with some of the best musicians in London headlining shows in the main venues in London, such as Cargo or Proud Candem.
All the costumes, wigs and choreography are especially made for this Show with the aim of sharing the best energy with the audience. 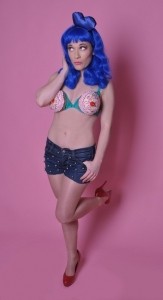 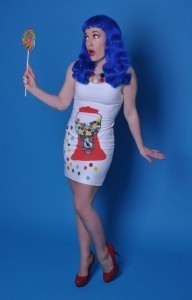 The Most Popular Tribute Acts Available To Hire
Here at www.EntertainersWorldwide.com we know how important it is to get the right entertainment for your event. Tribute acts have always been a popular choice for entertainment ...
Read More
30 Top Songs for a Katy Perry Tribute Act
Katy Perry is a popular current singer and songwriter from America who after persuing a career in gospel music as a teenager, made the switch to pop and never looked back!  ...
Read More
Female Tribute Acts Perfect for Your Upcoming Event
Tribute acts are a very popular choice among entertainment for many different types of event, and if you are planning a party for that special someone who has a favourite ...
Read More
Popular Female Tribute Acts
Tribute acts are extremely popular for events, no matter the occasion. Whether you are planning a birthday party, corporate evening or even looking for wedding evening reception ...
Read More
Looking for a different type of entertainment? Search NowContact Us