(no reviews)5.0
Country: United Kingdom
Based In: Yeovil, South West
Performs: Worldwide
From: On Application

Forever Dean ….. The Ultimate Dean Martin Tribute
Dean Martin born Dino Paul Crocetti on the 7th June 1917 started his working life as an amateur boxer at the age of fifteen . It was his longing to be like his idol Bing Crosby, that at the age of seventeen he turned to singing.
He went on to become one of Americas most popular and enduring entertainers of the twentieth century. His laid back, effortless singing style and charismatic stage presence earned him legions of fans worldwide and the well deserved nick name “ The King Of Cool”
He became a legend of stage and screen w ... ith films such as the Matt Helm movies, Cannonball Run and Rio Bravo with John Wayne in which he sang the hit song “My Rifle, My Pony And Me and TV shows The Dean Martin Show and Dean Martin’s Celebrity Roast .
But its his stage career is what he is most famous for.
Dean effortlessly became part of THE RAT PACK with Frank Sinatra and Sammy Davis Jr selling out night after night at The Sands night club and casino in Las Vegas. Dean’s Soft tones awarded him hit after hit with songs like.
“That’s Amore” “Sway” “Memories Are Made Of This and Gentle On My Mind”
Will Rawlings has been a professional vocalist for the past ten years and his silky smooth vocal style has awarded him work both in the UK and abroad.
Whether you book this show for large theatres or more intimate venues Will makes you feel like you’re the only one there.
“Forever Dean” is a tribute to one of the worlds best known and well loved crooners . Perfect for every occasion from club cabaret spots to weddings, birthday parties and corporate functions adding that touch of cool to your night is only a phone call away ……
The Ultimate Swing Show
This is a evening consisting of two forty five minute sets,the first set is packed full of songs from Frank Sinatra, Nat King Cole, Louis Armstrong and more, with my Dean Martin Tribute in the last set........
Also available
Full Cabaret Nights
With Myself, Comedian, and Magician

Will Rawlings is a singer, actor and producer. His love of the stage started back in 1996 when he was asked to join his local amateur dramatics group and be in their yearly pantomime. He stayed with them until 2010 playing all manner of parts, from Brokers Men to Merry Men, Baddies and Dames to Genies. It was this time in his life that gave him the confidence to pursue a singing career.
Will became a professional vocalist about ten years ago and has been lucky enough to have sung all over the country and abroad. He started working the clubs and singing at weddings. He also worked extensivel ... y for the Army and Navy in his home county of Hampshire. It is his ability to sing swing music that Will is best known for though. After moving to Yorkshire and taking some time out of the spotlight Will has now returned to singing with his show Forever Dean. 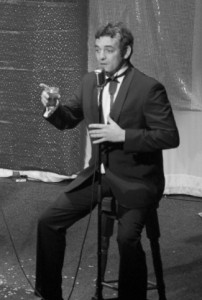 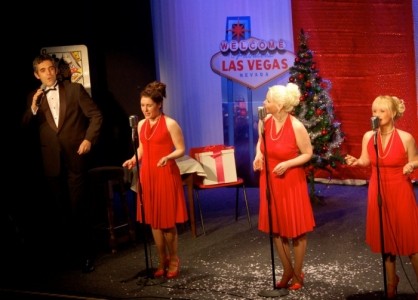 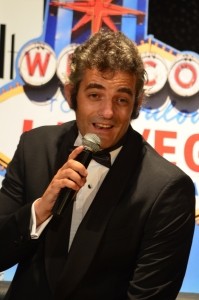 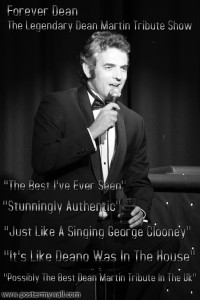 Will Rawlings Acclaimed Wedding Singer and Male Vocalist.
Are you a fan of Frank Sinatra, Dean Martin or Sammy Davis Jr?
Do you find yourself singing along to the likes of Nat King Cole, Matt Monroe, Tony Bennett, Louis Armstrong
With many years experience singing to thousands of people all over the country.
Will has been a professional vocalist for the past eight years, his love of singing shines through when he performs.
He has had the privilege to sing all over the UK and abroad in cabaret spots and for hotels, weddings, valentines, retirement and birthday parties. Also corporate ... events, military functions and charity evenings and theatre shows.
Will also has over fifteen years experience on stage in pantomimes and other shows.