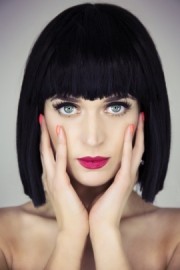 (no reviews)5.0
Country: United Kingdom
Based In: London, London
Performs: Worldwide
From: Contact Me

Francesca is a trained singer and performer and has worked in the industry for the past 10 years, featuring in many musicals and even starred in the West End.
She offers a unique Katy Tribute with an edge as Francesca constantly gets confused for the real Katy and the comparison has been discussed all over the world by various magazines, TV shows and bloggers such as Perez Hilton.
The act can come with candy dancers if you so wish and a candy set too. Francesca also wears exact replica costumes that Katy Perry wore in her performances.

Francesca trained at Guildford School of Acting on the musical theatre course and has been in various musicals in the West End and tours. She has most recently toured with Buddy and the Blackjacks which included the cast of the West End hut Buddy and sang various songs from that period.
Francesca also offers a Taylor Swift Tribute Show, a Musical Theatre/Broadway show as well as an acoustic pop/folk set.

The Most Popular Tribute Acts Available To Hire
Here at www.EntertainersWorldwide.com we know how important it is to get the right entertainment for your event. Tribute acts have always been a popular choice for entertainment ...
Read More
30 Top Songs for a Katy Perry Tribute Act
Katy Perry is a popular current singer and songwriter from America who after persuing a career in gospel music as a teenager, made the switch to pop and never looked back!  ...
Read More
Female Tribute Acts Perfect for Your Upcoming Event
Tribute acts are a very popular choice among entertainment for many different types of event, and if you are planning a party for that special someone who has a favourite ...
Read More
Popular Female Tribute Acts
Tribute acts are extremely popular for events, no matter the occasion. Whether you are planning a birthday party, corporate evening or even looking for wedding evening reception ...
Read More
Looking for a different type of entertainment? Search NowContact Us 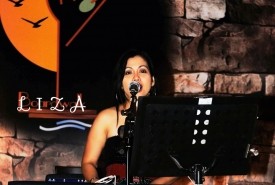