(no reviews)5.0
Country: United States
Based In: Sharon, Massachusetts
Performs: Nationwide
From: $1000

In this powerful live musical performance, Lisa Yves plays the piano and sings paying tribute to The Divine Miss M weaving an interesting story about her life and career as she interprets the songs: Wind Beneath My Wings, Boogie Woogie Bugle Boy, When a Man Loves a Woman, The Rose and more! Does she even resemble Bette? See for yourself!
Jewish Women in Song features songs made famous by the great Jewish vocalists Bette Midler, Barbra Streisand, Carole King, Carly Simon, Dinah Shore, Eydie Gorme, Helen Reddy, Helen Forrest and Fanny Brice.
In The Great Ladies of Jazz, Lisa plays and si ... ngs the songs that were made famous by Ella Fitzgerald, Blossom Dearie, Sarah Vaughan, Diane Shuur, Carmen McRae, Betty Carter, and Joni Mitchell. Close your eyes and Lisa captures the essence of every singer.

Lisa Yves is a singer/musician. She has 30+ years of performing experience in voice and piano. Lisa teaches voice and piano, performs with other musicians, produces her own albums and writes her own songs. An N.Y.U. graduate, Lisa hold a degree in vocal jazz performance. She’s a singer, songwriter and musician whose own love of music began at an early age, Lisa Yves played regularly in New York City's clubs and music venues — once performing with Harry Connick Jr.— and began teaching music.
Founder and Leader of All Mom Rock Band--HRT which appeared on The Today Show and Canadia ... n reality show Rocker Moms
A Tribute to Bette Midler show--Boston and New York
Finalist Boston Popsearch--performed with Keith Lockhart at Symphony Hall
Performed with Harry Connick Jr. at the Knickerbocker Saloon
Recorded with Dave McKenna for the Bose Company
Produced cd series Jazz For Kids which has been heard internationally
Performed in Tokyo, Japan with Music Playground.com
Licensing deals with Sony, BMG, Universal -Alphabet Scat (original song)
Original song Drinking in the Dark licensed by the feature film Green River (Mayon Films) 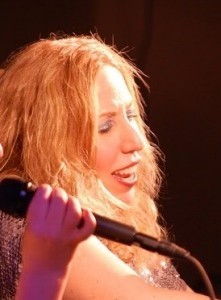 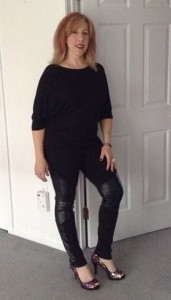 Female Tribute Acts Perfect for Your Upcoming Event
Tribute acts are a very popular choice among entertainment for many different types of event, and if you are planning a party for that special someone who has a favourite ...
Read More
Popular Female Tribute Acts
Tribute acts are extremely popular for events, no matter the occasion. Whether you are planning a birthday party, corporate evening or even looking for wedding evening reception ...
Read More
Looking for a different type of entertainment? Search NowContact Us