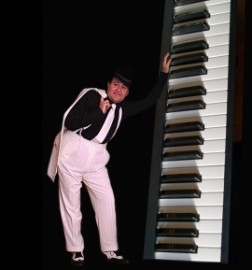 Performing songs from 40s, 50s, 60s, 70s & beyond Neil Wilde is a stylist he has his own unique style and he will enhance your event with his amazing piano and vocal skills, his charming personality and superb song selections that will make any event successful.
: 0788657XXXX Click here to reveal
full number

When contacting this member, please state that you are viewing their Entertainers Worldwide profile.
Request a Quote
Share this Page:
Profile Views: 257
Report this profile

Performing songs from 40s, 50s, 60s, 70s & beyond Neil Wilde is a stylist he has is own unique style and he will enhance your event with his amazing piano and vocal skills, his charming personality and superb song selections that will make any event successful. Influenced by legendary greats such as Ray Charles, Jerry Lee Lewis, Fats Domino, Little Richard and the Boogie Woogie masters Albert Ammons and Amos Milburn. A real treat for vintage music fans. With an extensive repertoire of songs Including up to date material from the likes of Michael Buble, Ed Sheeran and McFly Neil can also pe ... rform original material bringing music alive. Always dresses the part and is a great choice for all kinds of events and special occasions. Neil also collaborates with other musicians being able to work as a duo, trio or full band. Neil is mostly booked as a solo act.

Neil Wilde is known for his amazing gift of performance
the way he pounds the piano Boogie Woogie style
with a voice that is one minute strong and hard hitting
and the next minute calm and serene.
Neil is from God’s County, Yorkshire in England.
Neil is always like a breath of fresh air and revives the spirits, spontaneous and gregarious and startlingly talented.
​
​
Never having any musical education
Neil started his musical journey at the age of 12 playing guitar
and singing gospel music in church with his grandmother. After winning local talent competitions
at the ... age of 13 Neil says he was drawn to the piano by God.
By the age of 16 he played in his first professional band
20 Flight Rock, at 17 he had his own band Let The Good Times Roll and from 1976 to 1986 Neil travelled around the UK perfecting his pounding piano style. He performed alongside such artists as Mungo Jerry, Tommy Bruce,
Edison Lighthouse, The Bootleg Beatles,
The Searchers, Shakin’ Stevens, The Jets, Showaddywaddy,
to mention but a few.
In 1986 Neil started a tour that took him rocking around the world. After rocking the boat on cruise ships and helping to shape the modern day concept of Rock’n’Roll piano bars around Scandinavia. Neil settled in Stavanger Norway where he formed his band The Blue Masters. Neil lived in Stavanger from 1990 until 2004 performing alongside many of Norway’s top Stars. Neil became very popular performing original songs he and Tony Burton had written in the early 90’s. Playing at Festivals, Dance clubs, and events all around Norway followed by TV and Radio appearances, and gaining a record deal and sponsorship
from Yamaha Scandinavia. In 2004 due to ill heath in Neil’s family he returned to his roots in Yorkshire, where he lives today. 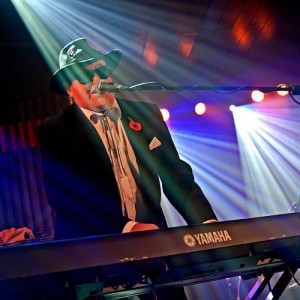 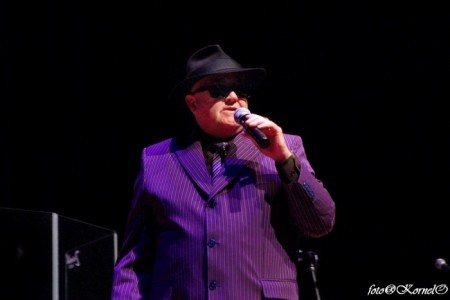 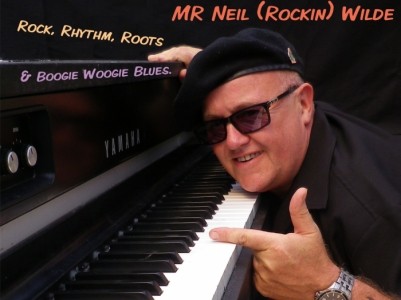 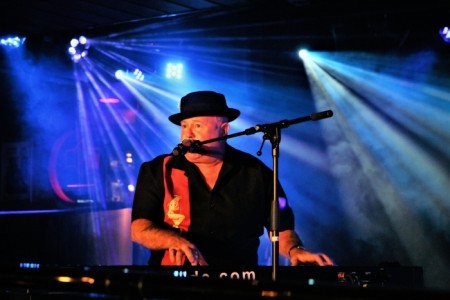 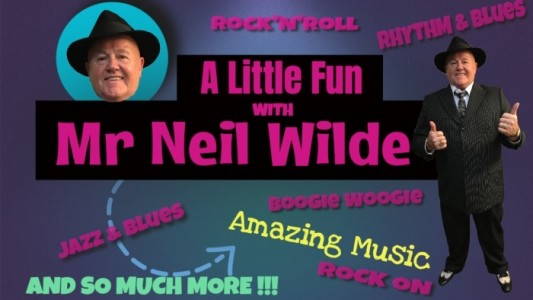 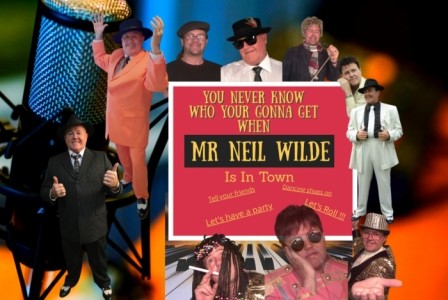 Hello, my name is Neil Wilde and I can't remember not entertaining people. From a very early age my dad gave me a harmonica instead of a child’s dummy hoping it would create a musical interest. I was walking and talking at nine months old and I could actually play the harmonica by the time I was two. From being six years old I was taking violin lessons from my grandfather and by the time I was 11 I was going to Sunday school regular where I sang hymns and gospel songs as well as playing guitar. I was 13 years old when I found the piano, a life changing moment for me because that started ... a love affair that's been with me ever since. I still can't stay away from a piano for long. As a teenager 14/15 I spent most of my time at the piano I couldn't read music because of my dyslexia but I practiced eight hours a day and the piano became my best friend. The love for Rock'n'Roll and Boogie Woogie excited me. I also had a singing voice and I was writing some of my very first songs at this tender age.
By the time I was 16 years old I was on the road playing with a band called 20 Flight Rock (Rock’n’Roll band) and on my 17th birthday I was advertising for musicians to join my own band (Let The Good Time Roll). From 1976 to 1986 I worked professionally around the UK. I also completed two very successful Norwegian tours. From 1986 to 2004 I worked as a solo artist with session musicians on ships, oil platforms, theatres, festivals, dance halls, TV and Radio outside the UK I even had a record deal and a sponsorship with Yamaha Scandinavia. Unfortunately, due family health problems I came back to Yorkshire where I live to this day. I do still tour in Norway, Denmark, and Poland but I would like to work more in the UK.

Singing telegram / performance postcard - £30
A truly unique gift ideal for birthdays or other special occasions! A pre-recorded video including personalised message, song of your choice (from my extensive repertoire) and happy birthday (if applicable) delivered direct to your inbox!

Live Virtual Performance
Create an unforgettable experience with a live virtual show from (Mr Neil Rockin Wilde) Perfect for birthdays, anniversary celebrations or family get-togethers. Join me via Facebook Messenger or WhatsApp (the best option for your event will be discussed at the time of booking) Enjoy a bespoke musical event with family and friends

PACKAGE INCLUDES:
- Your choice of songs from my extensive repertoire list
- One test video call to make sure everything runs smoothly on the day!
- Happy birthday (if applicable) 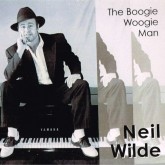 Share this Page:
Click here to view more Tribute Acts in Yorkshire and the Humber
Browse all Entertainment Hire options!
Looking for a different type of entertainment? Search NowContact Us