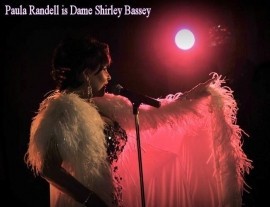 (no reviews)5.0
Country: United Kingdom
Based In: Midlands
Performs: Worldwide
From: POA

International Impersonator/Tribute Artiste. Paula Randell is without doubt ... 'THE' ULTIMATE DYNAMIC Vocal and Visual Impersonator. Based in London, she is able to perform at Parties, Corporate Events & more.
Request a Quote
Share this Page:
Profile Views: 687
Report this profile

Paula Randell is in no doubt that there will always be only 'ONE' Dame Shirley Bassey! However, Paula provides such stage artistry and charisma she is worthy of emulating the Legendary Dame. Paula's Get The Party Started Tribute/Vocal Visual Impersonation Show can be formatted for every conceievable Corporate or Private Party Event. Paula Randell has taken the Dame Shirley Bassey Tribute Market By STORM. It is indisputable that Paula has earned the following title.... PAULA HAS THE UNPRECEDENTED REPUTATION AS THE ONLY VIABLE ALTERNATIVE TO THE REAL DAME SHIRLEY BASSEY
'THE' MOST AUTHE ... NTIC DAME SHIRLEY BASSEY VOCAL VISUAL IMPERSONATOR/TRIBUTE ARTISTE TODAY.... JUDGE FOR YOURSELF
Paula Randell's Dame Shirley Bassey. Combines incredible vocal power and range to recreate the Diva of all Divas, Dame Shirley Bassey. Delivering the inimitable Dames magnetic performance, personality and unique style that spans Dame Shirley's amazing triumphant 50 years in show business. Paula will 'Get The Party Started' with Dame Shirley's latest image and proceed to take you through the years paying particular attention to the smallest melodramatic detail of the Dame's voice and persona, whilst keeping in character throughout the show. Not only does Paula create Shirley in her 'prime' but also the image portrayed for the Get The Party Started re-mix CD. More recently her latest 'image' for the launching of the new CD 'The Performance' which Dame Shirley debuted during her promotional performance on the BBC Electric Proms in November 09. Paula Randell will have you believe you are listening to the Dame herself. This is not just a show but a complete visual experience.
A Born Entertainer. Although Paula is highly regarded in Corporate and Theatre arena. Worldwide she also has a wealth of experience and excels in Cabaret style events where she enjoys the intimacy of her audience and always involves them in her performance. Audience participation is just another of her strengths. In all of Paula's Shows she is well known for her amazing lightning 'top to toe' costume changes executed behind an 'on stage' screen and here there is no exception. Several stunning gown changes throughout her performance, almost before your very eyes, is what sets her apart from other tributes. Exciting delivery. A visual extravaganza!

Paula has the unprecedented reputation as the only viable alternative to DSB. Paula is the only Dame Shirley vocal tribute/impersonator to have been chosen to sing a ‘guide vocal’ for Dame Shirley herself and her Production team, for the new CD which was released in October 09. The ‘first’ Dame Shirley Tribute to record on CD and incorporate, not only many of Dame Shirley’s very latest songs from the CD 'Performance' but has also created an unbelievable, exact replica, silver sparkling gown and ostrich feather trimmed coat. Worn by Dame Shirley on the BBC Electric Proms Programme, f ... or the launch of her new CD ‘The Performance’! Paula’s attention to detail is second to none. Sourcing fabric directly from China. Ostrich feathers made in the UK by the very same manufacturer as Dame Shirley’s.
In demand both at home here in the UK and Internationally. Recently confirming Private Parties in the Cote d'Azure at venues such as The Hotel de Paris in Monte Carlo. www.hoteldeparis.com and The Villa Kerylos, Nice. www.villa-kerylos.com Also, yet again, been commissioned to sing as 'Dame Shirley' for a commercial recording for the eminent composer of Film & TV scores Paul Reeves. www.paulreevesmusic.co.uk Paula is set to appear early this year 2011 at an extremely 'high profile' Private Party Event in Marbella performing with a 17 piece orchestra for an audience of over 3000 guests!. 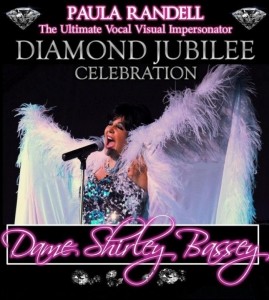 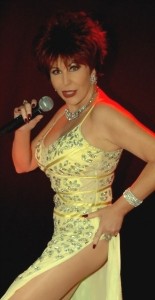 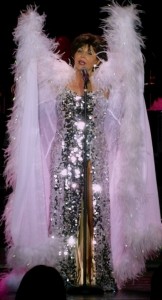 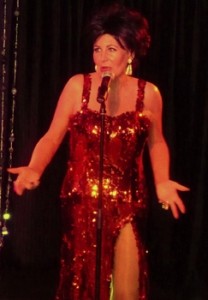 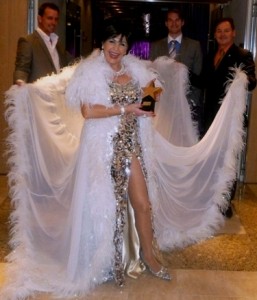