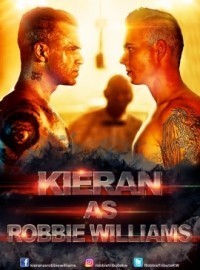 (no reviews)5.0
Country: Spain
Based In: Essex England, Spain
Performs: Nationwide
From: €500

A show featuring all your favourite songs from Robbie Williams and Take That!, based in the UK, available worldwide!!
Request a Quote
Share this Page:
Profile Views: 504
Report this profile

Attention Robbie Williams fans!
looking for a Robbie Tribute with all the moves, and cheekiness!
look no further! With ten years experience entertaining audiences in
Spain,
Angels instead is a show for all the family to enjoy!
All your Favourite Robbie songs, including the swing to early Take That!
don't waist time! BOOK NOW and
LET ME ENTERTAIN YOU!

Kieran as Robbie Williams is one of the UK'S top tribute shows.
He has over 13 years of experience in the entertainment industry, entertaining audiences here at home & abroad.
Music is a passion he's had from the age of 14 & after his move to Spain in his late teens, he started on the road that led him here today.
As a young man having a love of all music, he sang a range of genres, keeping his show fresh with new songs as well as the classics.
The show today still includes some of those favourites, he is best known for.
The Robbie Williams show started a few years later and Kie ... ran has continued to study and perfect his show ever since. Now in his 30's, he performs non-stop with incredible stamina, delivering a spectacular show, captivating & stunning audiences with his amazing vocals & showmanship.
The show travelled across Spain, leaving each & every audience captivated & wanting more!
Kieran is completely versatile & tailors every performance to the crowd, going from performing a Robbie set, to wowing the audience with some rock & roll. He always manages to get people up on the dance floor, singing & dancing, through carefully thought-out song choice.
This is much more than just a job, it is a passion for Kieran!
To date, Kieran has performed at major events such as Fiestas in Spain with crowds of over a thousand & at charity fundraisers such as Cancer Research, Sick Children's Trust, Relay for life & many more, in some stunning venues.
Now Kieran has found his way back to the UK and is smashing the scene in Essex. He's been called on countless occasions ''The best Robbie tribute in the business''.
In August 2016, Kieran was invited to participate in BBC'S ''Let it Shine'' competition, due to his incredible talent in the business.
Robbie Williams is aware of Kieran's show & they have regular on-line contact. Due to this, Kieran was chosen personally by Robbie, through exclusive membership of ''Upfront'' to be invited to a private dress rehearsal show for his Current tour ''The Heavy Entertainment Show''. A privilege only bestowed on 200 lucky members.
Seeing & hearing is believing!
Let him entertain you!
You won't be disappointed! 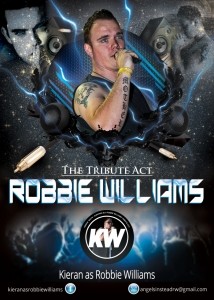 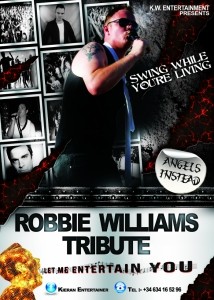 Request a Quote
Share this Page:
Click here to view all of our Robbie Williams Tribute Acts on Entertainers Worldwide
Browse all Entertainment Hire options!

Popular Male Tribute Acts
Last week we wrote a dedicated blog post for some of the most popular female tribute acts that are listed on our website, www.EntertainersWorldwide.com – we thought ...
Read More
30 Top Songs for a Robbie Williams Tribute Act
Robbie Williams started off his musical career in the famous boy band, Take That in 1990.  Along with fellow band members, Gary Barlow, Mark Owen, Howard Donald and Jason ...
Read More
Popular Tribute Acts from the United Kingdom
Tribute acts are the perfect choice for entertainment for many different kinds of events and they do a fantastic job at not only sounding like but looking and acting like ...
Read More
Looking for a different type of entertainment? Search NowContact Us