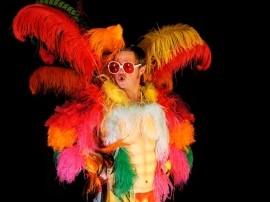 (no reviews)5.0
Country: United States
Based In: Tampa, Florida
Performs: Worldwide
From: $5000

This is Elton! Rus Anderson is Elton John's official body double for his ‘Farewell Yellow Brick Road’ world tour media - picked by Elton himself. There are wild original outfits, greatest hits & all the charm in this fantastic rock show.
Request a Quote
Share this Page:
Profile Views: 1040
Report this profile

Simply put - this is Elton!
Scotsman Rus Anderson is Elton John's official body double for his 'Farewell Yellow Brick Road' world tour media.
Hand picked by Elton John & David Furnish, it was Rus' own live tribute production 'The Rocket Man Show' which got him noticed.
In the show, Rus recreates the magic & live persona of a young Elton like no other. Storming around the stage with a fun-loving sense of flamboyance; part diva, part soccer player, killer vocalist, fierce piano player, all rock & roller.
Rus' painstaking attention to detail includes wearing gorgeous, colorful & spectacu ... lar costumes (many actually worn by Elton) including his iconic boots, glasses & jumpsuits from 1973, as well as a sparkly Swarovski tuxedo from 1984.
It is clearly the most authentic Elton John tribute show in the world.
The Rocket Man Show is a regular feature at venues such as House of Blues, Hard Rock Live, Caesar's, Harrah's, Legends In Concert, BB King's, Universal Studios & Walt Disney World. You cannot go wrong with this much experience onstage at your venue.
Rus & his full band of merry crackerjack musicians are the very best in the business. The show is 100% live. The performance itself is an extremely sincere, intense & visual spectacle of a journey. There are ballads & driving rock songs. Audiences laugh, cry, sing & dance as they recall the highs & lows of Elton's epic career.
In summary, the key to success when hiring a band - or even buying a ticket to go & see a band - is knowing how professional they'll look, act & perform when they arrive.
Rus Anderson has been officially hired by Elton John himself to re-enact the most memorable moments of his career. How's that for peace of mind?
With hundreds & hundreds of shows & satisfied clients, thousands upon thousands of dollars in costumes & a 5-star rating on many of the world’s elite talent rating platforms, Rus is an ASCAP member, Disney verified & fully licensed & insured.
You are OK with Rus, Elton John thinks so too!
What you see is what you get & that's entertainment.
See you at the show.

On any given night, Rocket Man live performances include the following songs:
Saturday Night's Alright For Fighting
Your Song
The Bitch Is Back
Rocket Man
Daniel
Funeral For A Friend
Tiny Dancer
Goodbye Yellow Brick Road
Crocodile Rock
Honky Cat
Bennie & The Jets
Philadelphia Freedom
Take Me To The Pilot
I'm Still Standing
Madman Across The Water
Grey Seal
Candle In The Wind
Levon
Don't Let The Sun Go Down
Pinball Wizard
All The Young Girls Love Alice
Burn Down The Mission
Bad Side Of The Moon
Made In England
Lucy In The Sky With Diamonds
Mona Lisas & Mad Hatters
S ... omeone Saved My Life Tonight
Border Song
Sad Songs
I Guess That's Why They Call It The Blues
Hercules
Sixty Years On
Can You Feel The Love Tonight
and many more.... 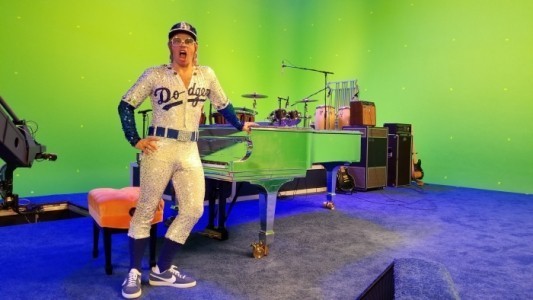 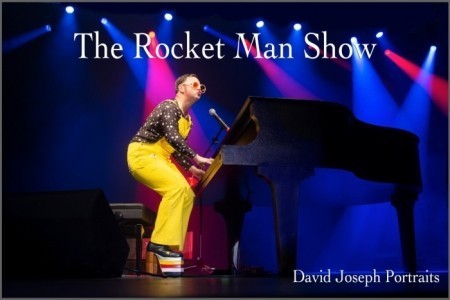 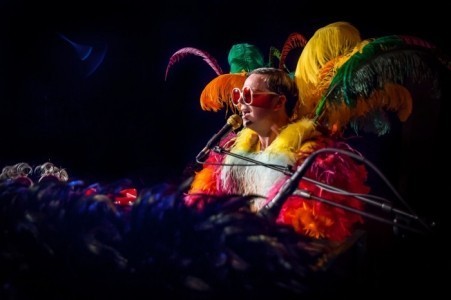 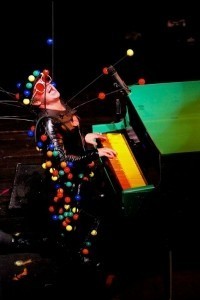 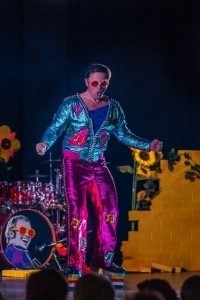 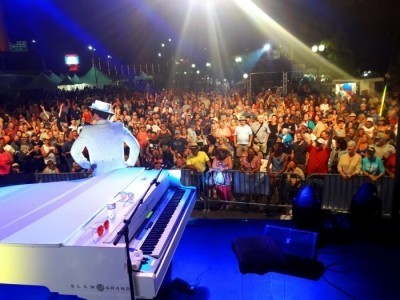 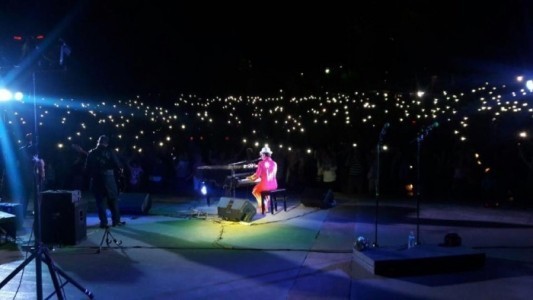 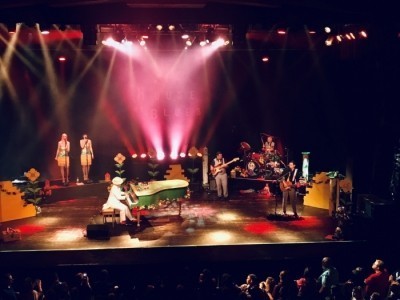 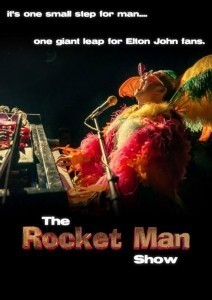