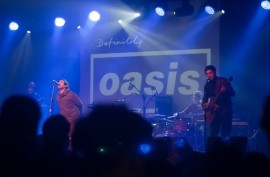 (no reviews)5.0
Country: United Kingdom
Based In: Scotland
Performs: Worldwide
From: Contact

Definitely Oasis are regarded by many Oasis fans and promoters alike as the best Oasis tribute band there is!
: 0773436XXXX Click here to reveal
full number

At a time with so many Oasis tribute band's self proclaiming to be number 1 Definitely Oasis have pretty much appeared out of nowhere and completely raised the standard as to how a Oasis tribute should look and sound.
With many looking on in envy Definitely Oasis have very quickly become the best sounding and most raved about Oasis tribute band there is by fans and promoters alike there is taking it to a level as close to a real Oasis live show as you can get.
In only a couple of years the lads have gone from playing small pub gigs to performing at and selling out some of the more pres ... tigious venues & Festivals worldwide getting invited back time and time again. and until Liam and Noel finally get back together this band will continue to re - create an Oasis live show keeping the sound & vibe well and truly alive

Turn Up The Sun, Morning Glory, Columbia Shakermaker, Bring It On Down, Slide Away, Four Letter Word, She's Electric, Lyla, Some Might Say, Supersonic, Roll With It, Whatever, Wonderwall, Meaning Of Soul, Rock N Roll Star, Live Forever, My Generation, Talk Tonight, Half The World Away, Lock All The Doors, Don't Look Back In Anger, Champagne Supernova and Cigarettes & Alcohol

Definitely Oasis are regarded by many Oasis fans and promoters alike as the best Oasis tribute band there is!
The band regularly sell out top class venues across the UK and were recently the first ever tribute band to sell out Glasgow's iconic Garage Venue quite an achievement when you consider only 3 years ago the band played there first gig in Glasgow to less than 50 people to now playing closer to 1000 people shows how good this band is and how far they have come.
Everything the band does is all about what the fans want to see and hear a lot of hard work goes on in the background ma ... king sure that the look and sound are bang on so much so that the band were invited to play to play the iconic barrowlands venue on November 26th 2016 a venue loved by both Liam & Noel and where Oasis played arguably some of there finest ever shows and another first for an Oasis tribute band proves why they are the best Oasis tribute in the Business.
With the real Oasis on an extended break at the moment this is definitely the next best thing
Definitely Oasis do an amazing job of keeping the music alive and and set the bar high by re-creating the Oasis look, sound and feel of an Oasis gig that fans come to expect and are also the only Oasis tribute that have both a Liam and Noel sound alikes 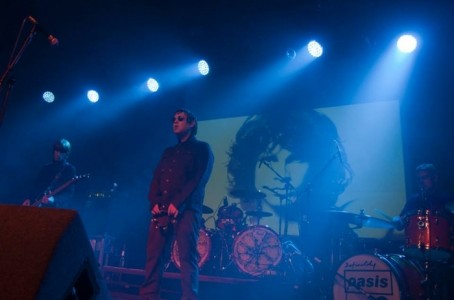