(no reviews)5.0
Country: United States
Based In: Florida
Performs: Nationwide
From: Contact

The Nation's Most Authentic Tribute to the Red Hot Chili Peppers Voted "Best Tribute Band of 2010" by the Tampa Bay Music Network.
Request a Quote
Share this Page:
Profile Views: 303
Report this profile

Lead singer and front man, Rick Argo, has always been mistaken for Anthony Kiedis. After many years of the mistaken identity, Rick realized that maybe this was a sign for him to pursue this destiny.
After months and months of refining the set list and perfecting the songs, Higher Ground was born. The years of training and playing finally paid off when in early 2007, Higher Ground was signed to exclusive representation by Suncoast Entertainment.
Higher Grounds' performance accurately recreates the sound,sight, and most importantly, the energy of a real RHCP concert. Crowd interaction is a v ... ital part of the Higher Ground show and they strive to not only make the audience feel great, but also feel that they are a part of the experience. Higher Ground plays all the hits, past and present, spanning over 20 years of the RHCP's career. You will recognize every song played by Higher Ground, whether you are a die hard fan or a newer found fan of RHCP, because every song is a bonafide chart topping hit! 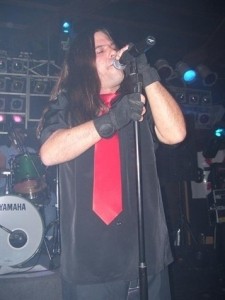