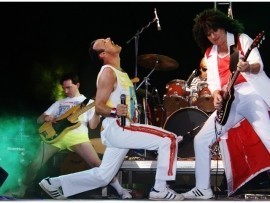 (no reviews)5.0
Country: United Kingdom
Based In: East of England
Performs: Worldwide
From: £2500

The world's most exciting Queen tribute band. Based in London, they are available to perform at Parties, Weddings, Corporate events & more.
Request a Quote
Share this Page:
Profile Views: 676
Report this profile

Their high-energy two hour show with full Staging, Lighting, Backdrops and Pyrotechnics has earned them the reputation of being the World’s most exciting Queen Tribute act.
The Bohemians set includes all the piano driven hit singles: Killer Queen; Somebody To Love; Don’t Stop Me Now; You’re My Best Friend; We Are The Champions and the amazing award winning Bohemian Rhapsody. These hits are balanced with the Guitar led anthems; Tie Your Mother Down; Hammer To Fall; One Vision; I Want It All; We Will Rock You and the Acoustic vocal tracks 39 and the unforgettable Love of my Life. The B ... ohemians ability to recreate Queen live is something truly special.

The Bohemians based in Greater London have been together since 1996 and play venues all over the world including; Ireland, Belgium, Holland, Jordan, Switzerland and China. It is their aim to deliver the energy, costumes & showmanship of the world's greatest rock band
The Bohemians are a favourite with the 'official Queen fan club', as they were the first Queen tribute look-a-likes to headline the 'Queen fan club' convention with an audience of over 2000 ardent Queen fans!!
The first Queen tribute to play every type of event run by the Queen fan club, & the first Queen tribute to be seen, ... and play on the same bill as Queen guitarist 'Brian May', who described the band as 'brilliant'.
The high energy show they perform have earned them the reputation of the worlds 'most exciting' Queen tribute act.
Rob Comber's outrageous stage antics and personality makes him the perfect Freddie, Christopher Gregory's Red Special enables him to get as close as possible to Brian May's inimitable style, Wayne Bourne hammers the tubs like drummer Roger Taylor, and Kevin Goodwin provides that unmistakable Queen backline on bass. 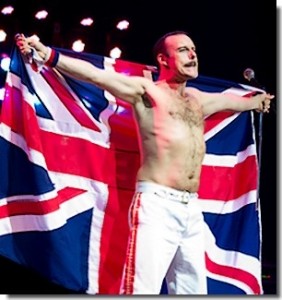 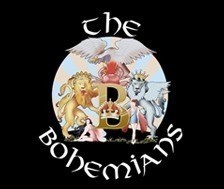 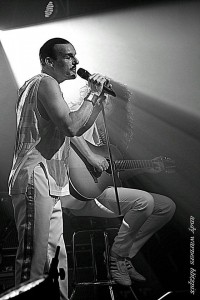 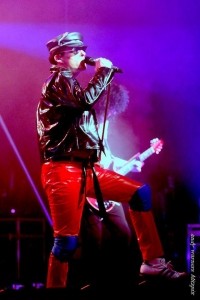 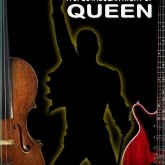 A Soectacular Night of QUEEN DVD


This DVD is recorded highlights of the European Tour of ‘A Spectacular Night of Queen’. The tour consisted of 43 dates across 5 countries; Germany, Luxemburg, Switzerland, Poland and Italy between December 2012 and March 2013. Consisting of 20 orchestral musicians, 4 backing signers and The Bohemians. This DVD portrays the energy, costumes and showmanship of a very spectacular show celebrating the music of Queen as never seen before.