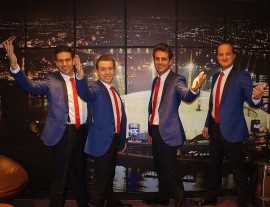 (3 Reviews)5.0
Country: United Kingdom
Based In: Westminster, London
Performs: Worldwide
From: On request.

The Internationally acclaimed tribute to Frankie Valli & The Four Seasons. Lots of fun, suitable for all events including weddings.
: 0786875XXXX Click here to reveal
full number

When contacting this member, please state that you are viewing their Entertainers Worldwide profile.
Request a Quote
Share this Page:
Profile Views: 2166
Report this profile

Now in their ninth year, The Eastcoast Boys are recognised as being the UK's leading tribute to Frankie Valli & The Four Seasons and a "Vegas" quality act in their own right. One of the best and most entertaining party nights. They have formats available for all occasions ranging from main theatre shows, cruises and concerts to corporate events and private functions. Whatever your budget, do give us a call to see if we can help.

If you have seen this show/cabaret before you won’t need telling that this is one of the best nights of the year!
This great feel-good show features four phenomenal singers and a fantastic live band recreating the iconic sound of Frankie Valli & The Four Seasons. Lots of fun… and dancing in the aisles encouraged!! Formats available for theatres, concerts, cruises, cabaret, dances, corporate events and private parties.
If you enjoyed Jersey Boys, then you’ll LOVE this show!
Valli & the Seasons had a string of hits beginning with the classic number one, Sherry in 1962. After a ... further run of hits, My Eyes Adored You hit number 1 on Billboard's Hot 100 in 1975 followed by the theme song from the 1978 film Grease, which also went to number one.
This fantastic show features many well known hits from both sides of the Atlantic: ‘Sherry’, ‘Grease Is The Word’, ‘Bye Bye Baby’, ‘Beggin’, ‘Silence is Golden’, ‘Working My Way Back to You’ ‘December 63 (Oh What a Night)’, plus many, many more…. A night not to be missed. 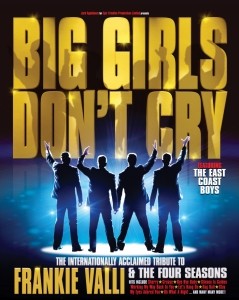 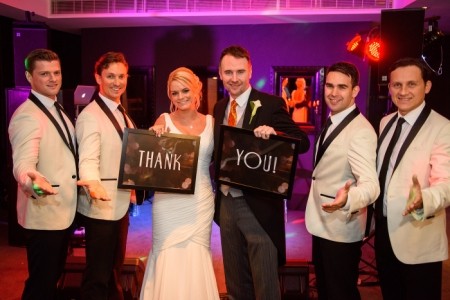 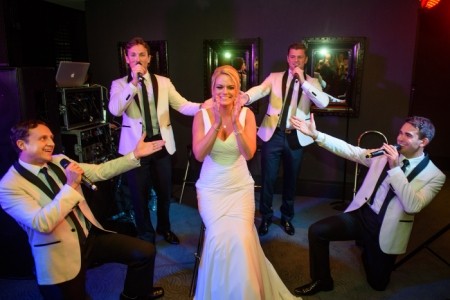 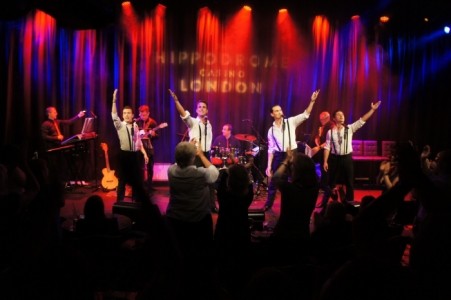 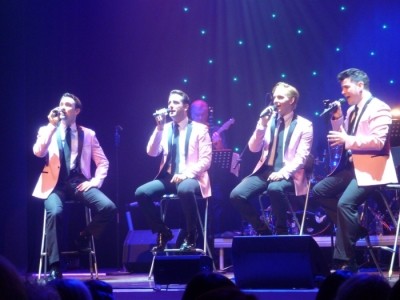 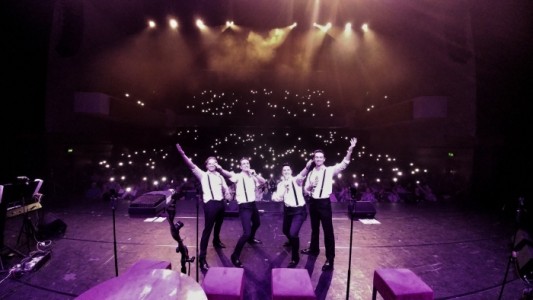 The Eastcoast Boys - Frankie Valli 4 Seasons Tribute - Westminster, London Event Location: Charter Theatre, Preston Event Type: Theatre Show 1st October 2017
'Oh What a Night!' Ok, so those familiar with 1960's group the Four Seasons will know that is the title of one of their songs but it is also a very apt statement for the performance given in the tribute show 'Big Girls Don't Cry' featuring the East Coast Boys who are currently touring the country with their eighth year on the road. As half expected they launched straight into 'Big Girls Don't Cry' and that was it.... the audience with were with them for every (dance) step and song for the rest of the show! The four guys portraying Frankie Valli, Bob Gaudio, Tommy DeVito and Nick Massi have mastered the accents and stayed in character for the whole evening. Their interaction with the audience was abundant and delighted throughout the show. More.... http://www.northwestend.co.uk/index.php/music-reviews/1462-big-girls-don-t-cry-charter-theatre-preston
Reviewed by: Lorna Weekes
The Eastcoast Boys - Frankie Valli 4 Seasons Tribute - Westminster, London Event Location: London Event Type: Wedding 12th August 2017
We just wanted to say a massive thank you for the fantastic performance put on by the boys on our wedding day. We have had so many comments from friends and family about how The Eastcoast Boys made the wedding so unique and for us, it really did make the day extra special and is something we will never forget. The atmosphere was electric and it was just obvious what a good time everyone was having. We are so glad we found you! We hope the band goes from strength to strength - as it deserves to...
Reviewed by: Jen
The Eastcoast Boys - Frankie Valli 4 Seasons Tribute - Westminster, London Event Location: The Royal Lancaster, London Event Type: Ladies Festival 12th March 2017
From the audience reaction you don't need me to tell you that the East Coast Boys went down just great with our audience. It was a great performance from you all and incredibly well received. You really had them ... Dancing In Aisles (the dance floor being packed the entire time). Our audience know a good act when they see one. Still two thirds of the audience on their feet after 7 hours of non stop entertainment, most still going strong on the dance floor right up to the end ! Can't Take My Eyes Off You - to the Ladies was spot on. Really a great pleasure for us to have you close the evening and thank you so much for working so late. All brilliant and much appreciated.
Reviewed by: Greg Lunnon

Have performed in theaatres and on many cruise ships, worldwide. Everywhere from music festivals to weddings!