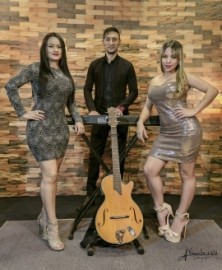 (no reviews)5.0
Country: Colombia
Based In: Colombia / Medellín, Colombia
Performs: Worldwide
From: Contact

Element band is a versatile band, which is characterized by its good energy. Element plays different genres (Pop, Rock, Top 40, Latin music, Bachata..) Is a band that can be adjusted to any place and will be pleased to provide the best entertainment for its customers.
Request a Quote
Share this Page:
Report this profile

Element band from Colombia is a versatile band, which is characterized by its good energy, and the joy that each one of its members transmits.
The band consist in 3 artists, 1 female singer able to play guitar and bongos, female singer able to play minor percussion and she dances and male piano player able Singer.
Element plays different genres (pop, rock, funk, top 40, Latin music, bachata, salsa, merengue)
Element band is a band that can be adjusted to any place and will be pleased to provide the best entertainment for its customers. 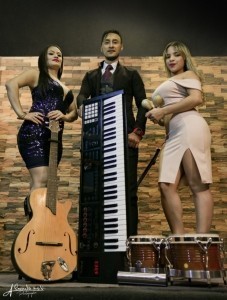 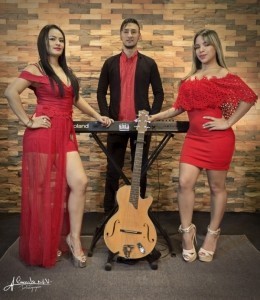 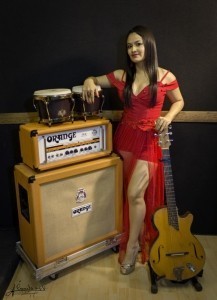 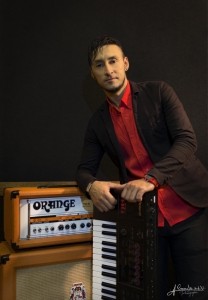 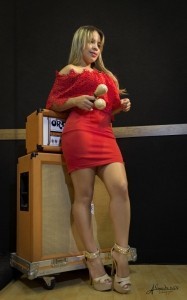 Name: Augusto Gonzales 20 years of experience as a : singer, pianist , percussionist , Interpret or modify music, applying knowledge of harmony, melody, rhythm, and voice production to individualize presentations and maintain audience interest
Compose songs and/or create vocal arrangements
Responsible for selection and preparation of appropriate music according to the event.
Memorized and interpreted lyrics and musical notes
2018: Manglar
2017: Orquesta la REQA
2016: Banda libre
2015: Orquesta Junior
2014: Canaveral Band
Name: Magda Montes, 15 year of musical experience.
She tr ... avelled nationally to many cities with different bands and orchestras where she interpreted and sang multiple genres like merengue, bachata, boleros among others. She was also a Sweet flute teacher for a youth corporation. In 2010 she recorded her first songs Quisiera and La Vida es Bella composited by her.
She studied vocal technique at the Battuta Foundation Center and at the music school chains in Medellin Colombia. She was part the chorus at the Red Principal for two consecutive years under the direction of Director Agustin Tamayo. In 2014 she travelled to Ras Al Khaima a city in the Unites Arab Emirates
2018: Vinilo 33
2017: Combo tropical la 70
2016: 5ver
2015: Makoro orquesta
2014: Bin majid resort, Ras Al Khaima unites Arab Emirates
2013: Fusión latina
2012: A la deriva rock and rock
Name: Estefania Ruiz, 9 years of experience singing at entertaining restaurants, hotels, and events in the city, she has extensive repertoire in all kinds of musical genres, with experience in urban dances and modern dance, also playing minor percussion.
2018: Combi orquesta
2017: La bocana
2016: la Sonora dinamita
2015: Latina Band
2014: Candela orquesta
2013: Las palmas bar