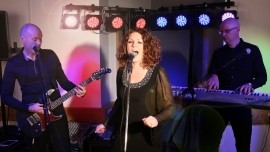 Start The Party are a dynamic 3 piece party band from Cheshire in the north west of england. We are the perfect choice for any party or function. We can also be booked as a duo for smaller budgets, or anything from a 4 to 8 piece band for larger events!.
: 0777577XXXX Click here to reveal
full number

Start The Party are a dynamic 3 piece party band from Cheshire in the north west of england. We are the perfect choice for weddings, civil ceremonies, birthday parties, anniversaries, christenings, tribute nights, party nights - you name it!
As musicians we have been working together for over fifteen years and specialize in the highest standard of live party music. We faithfully recreate some of the biggest hits spanning almost six decades of music. Our extensive repertoire features songs by the likes of Chic, ABBA, Michael Jackson, Coldplay, The Killers, Katy Perry........and many more gua ... ranteed to get your party started!
Each member of The Band has a wealth of experience in both live and studio performance. We have all worked with a variety of names within the music industry and we take great pride in our professionalism to ensure that your event is one to remember forever. What makes Start The Party stand out from many other bands is that our live sound is of the highest standard and we don't use off the shelf backing tracks. We record our own drums, bass guitar, synth lines & backing vocals which are sequenced on stage together with live vocals, keyboards and guitar. When you see and hear us - you won't be disappointed!
Start The Party cater for all kinds of private & corporate events. We also perfom for decade specific theme nights such as the 70's, 80's and 90's which are all very popular and frequently requested. We tailor our shows precisely, including dress code to suit the occasion.
We have performed at many prestigious venues over the years througout the UK and internationally, so we will happily travel to your chosen venue - wherever it may be! We can be booked as a standard trio, a duo for smaller budgets or with additional musicians/dancers for large scale events. We also offer an inclusive DJ service at a very competitive price. Whatever the occasion - we can deliver!

Charlotte Day - Lead Vocals
Charlotte has been a professional vocalist & session singer for over twenty years. Her voice can be heard on numerous top 40 records from the likes of Danni Minogue, Loleatta Holloway, and Faith Hill to name a few! In 2005 charlotte performed lead vocals on the number 1 UK Dance chart hit ‘Finally’ produced by multi-platinum remixers Love to Infinity. With chart topping dance group Soda Club, she has had international success as a singer, songwriter and producer and has toured extensively throughout the UK. Charlotte has also been coaching other aspiring sing ... ers on a one to one basis since 2001.
Aidan Townend – Keyboards/Backing Vocals
Having played the piano since he was 3 years old, it’s fair to say that Aidan’s performance skills are of the highest calibre. He has written music for the BBC and Sky TV and has also worked with Beverley Knight, Sarah Harding (Girls Aloud) and Katie White (The Ting Tings) amongst others. Earlier in his career he toured the UK and Japan with rock band Jordan and was also MD to the late controversial comic Bernard Manning!
Rob Taylor – Guitars/Backing Vocals
Rob was also a member of former rock band Jordan. He is an exceptional musician and has been playing the guitar & bass guitar for well over thirty years. After Jordan split, Robin and Aidan maintained a very close working relationship. They performed in several bands together and have collaborated on various musical projects over the years including production and songwriting for many established artists.
Guest musicians include:-
Neil Shaw-Hulme – Guitars/Backing Vocals
Neil Shaw-Hulme is a highly experienced musician and music teacher. A multi-instrumentalist and vocalist who brings added value to the band with his versatility and expertise. Neil has stepped in at a moments notice on many occasions, and he never dissapoints. He is a consumate professional and always a joy to work with.
Gareth Price - Guitars
Gareth is an excellent guitarist and has been playing since the age of fourteen. He studied at MANCAT - a music performance college in Manchester, for two years, and then progressed to the University of Salford where he gained a BA Hons in popular music and recording. Since his late teens he has played in several professional bands, covering an extensive repertoire of styles. 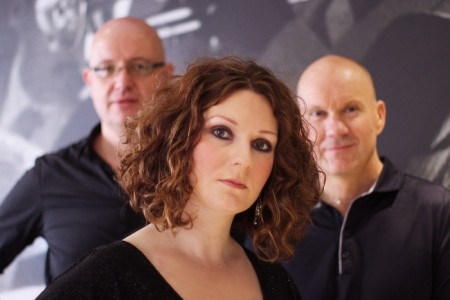 The band have been performing together for around 18 years, with each member having 20 years plus experience in the music industry. We have played at literally hundreds of venues throughout the UK ranging from weddings and private parties to high end corporate clients and prestigious events.