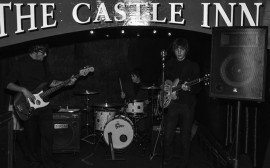 (no reviews)5.0
Country: United Kingdom
Based In: Haverfordwest, Wales
Performs: Worldwide
From: Contact

Desperate to break into the industry of music, The Stangs are actively looking for opportunities. All under 25, the boys possess a youthful enthusiasm which perfectly compliments their ability as musicians and performers.
Request a Quote
Share this Page:
Profile Views: 243
Report this profile

The Stangs have styled themselves in a 1960s, British Beat manner - but encompass the 1940s, 50s and 70s into their repertoire as well.
The set is awash with covers of The Beatles, The Rolling Stones, Chuck Berry, Elvis, and countless others - and they work hard to tailor each set to suit their audience. All the classic sing-a-long numbers, such as Hi Ho Silver Lining and Mustang Sally feature, whilst more obscure tunes, such as, A Hard Days Night or My Bonnie beef out the set.
Those numbers are a mere glimpse into their repertoire - which surpasses 100 songs, making requests commonplace - b ... ut go some way to illustrating the feel of the band.
On stage, the boys look like a 1960s band - not a tribute band, I stress - but the hollowbody guitars and ties announce an air of sophistication - something that plays nicely against the energetic actions of the trio.
The frontman, Graeme, maintains a vulnerable charm throughout, and seeks to build up a rapport with the audience - remaining composed between songs, but letting rip during. His vocals have been compared to John Lennon and Rod Stewart - perfectly suiting the groups sound.
Meanwhile the rhythm section of Josh and Glenn is reputed to be one of the steadiest, and lays a solid foundation for the guitar to lilt over - and jivers rarely miss the opportunity to move to the beat.
Aside from competence, Glenn performs a show-stopping rendition of Wipeout towards the end of the show, and the audience rarely does not stand to show their appreciation.
Overall, the aim is to send the audience home wanting to see the boys again, and the venue wanting to host them again - and this is something they achieve regularly.

The Stangs are a 3-piece group based in Wales. Since their formation in 2012, they have gigged weekly - up to 3 times - at pubs, clubs, festivals, and functions and have built a reputation as one of the most energetic, yet competent live acts around their area.
Quickly after formation, as The Mustangs, the boys began to form a following and the gigs began to come. Rarely now does a week go gig-less, and there is a reason.
Keen to set themselves apart, the chaps built the ethos of the band around their shared love 1960s - mainly The Rolling Stones and The Beatles. Throwing in some rock & roll ... and some sing-a-long numbers, the boys set took shape as one of the most interesting and widely adored in West Wales.
They were part of the Tenby Blues festival, amongst other festivals, and have returned every year - this year, 2015, being the last act on the pub trail.
Always seeking to make strides, the boys recorded an EP and made a slight name change - dropping the M & U, and becoming The Stangs.
The EP homes 2 original numbers, along with 2 covers, and they throw a handful of their own songs into their shows now - again, setting them apart from rival acts.
With all the members being under 25, there is a wonderful enthusiasm and dedication that surrounds the boys, and their desire to be granted an opportunity far exceeds most other acts.
The boys have learnt, through relentless gigging, how to captivate an audience, and how to turn a show on its head in order to adapt to any given situation.
Having played before 12 people, and to 2000 people; having audience members encroach onto the stage; losing power, through no fault of their own I might add; having had dogs wander around the performing area; and countless other experiences in this manner, the band has built a wonderful resilience and a highly reputed character that continues to propel them forwards.
With that in mind, they ask you to give them the opportunity they so badly want - you will never be disappointed with The Stangs. 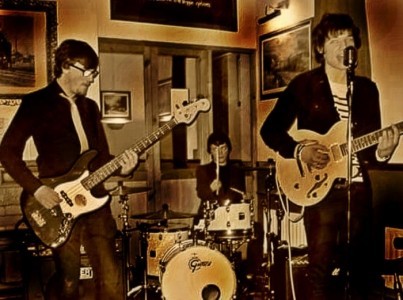 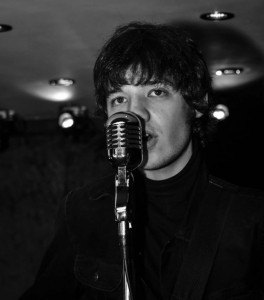 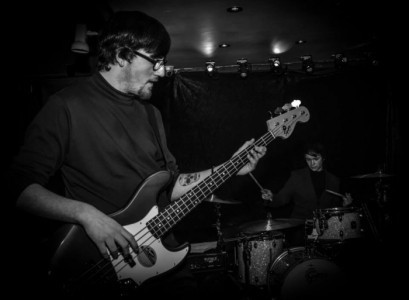 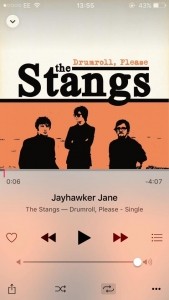