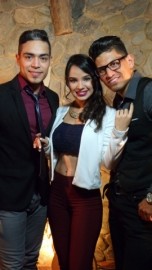 (no reviews)5.0
Country: Venezuela
Based In: Venezuela
Performs: Worldwide
From: Contact

Travelers Band
Venezuelan music band conformed by Sara Martinez, Julián Lozada y José
Guacuto
Sara Martinez (24 years old), singing since she were a little child (5 years
old) in a musicians family with a very strong influence of gospel, R&B and
Jazz music. After 7 years she became a singer in the church chorus for 3
years until she became a leader singer, and from that age she start to grow
up as a professional singer working with different kinds of bands
performing several music styles. In 2013 she start to work with a band
called “Jamrock” where she meet with Julian ... Lozada (32 years old)
musician with more than 10 years in the show business. His musical
knowledge and influence goes from Latin rhythms to Rock & roll, from
The Beatles to Fania all stars. Playing the congas and bongos from 9 years
old, start to play in stages at the age of 12 years old un the same band were
his mom was the lead singer. Always digging in the music world he start to
experiment with different musical instruments like guitar, bass, keyboard,
drum kit, timbales and body percussion, and many music styles as funk,
Latin funk, Latin jazz, salsa, cumbia, afro Cuban music, rock, reggae... he's
always looking for something to learn and that's how he started to sing and
play several instruments. In his musical way Julián meet with Jose
Guacuto (25 years old) keyboard, piano, guitar and bass player, who start
his studies on music at the short age of 12 years old, learning to play a
Venezuelan folk instrument called Cuatro. After this at the age of 14 years
old, he began academic studies at the musical school Federico Villena and
start to play with the youth symphony orchestra while he learned to play
classic piano and after 5 years received he's superior degree as Musician...
From that moment until now, he's been playing with several bands like “
Fuera de órbita” (pop), “Gamelote” (rock), “Oceanica” (reggae) and
coinciding with Julián in bands like “Cacao en pasta” (Latin pop), “Jahure”
(reggae folk fusion) and “Samones” (Latin jazz & Latin funk)
In the band “Jamrock”
in the music world. Together and with another 2 members they started a
new band called “Travelers”and they traveled to china to work one year in
the 5 stars hotel Shangri-La Qingdao, 4 days as full band and 2 days as duo.
After this because of the good experience as a duo they continued playing
like that in “New York Bar” in Barcelona Spain for 3 months, and then
they went back to Venezuela to renew the show for futures performances,
but this time as a trio band, putting together all the knowledge, experiences,
influences, and good vibes coming from three of them, to give you the best
and varied music show 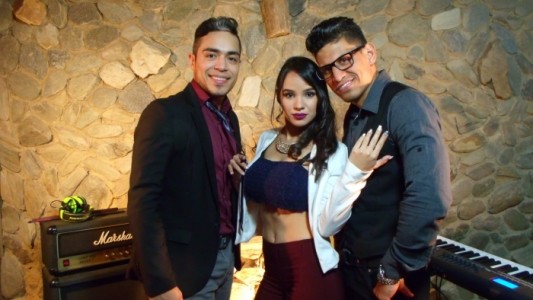 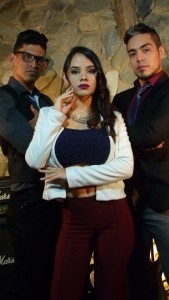 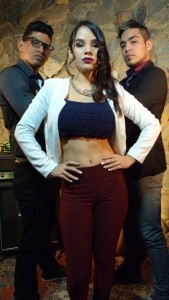