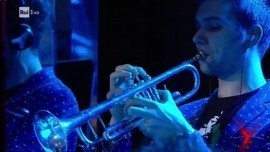 (no reviews)5.0
Country: Italy
Based In: vicenza, Italy
Performs: Worldwide
From: Contact

When contacting this member, please state that you are viewing their Entertainers Worldwide profile.
Request a Quote
Share this Page:
Profile Views: 122
Report this profile

Born in Thiene (VI) in 1995, Davide Pianegonda graduated in 2014 in trumpet at the Conservatory "A. Pedrollo "of Vicenza, under the guidance of M ° Mirko Bellucco.
During his studies he attend master classes with important international musicians including: Joseph Alessi, Steven Mead, Omar Tomasoni, Marco Bellini, Stephen Burns, Alberto Brini and others.
He has collaborated with numerous orchestras including: Orchestra Ritmo Sinfonica Italiana, Sanremo Young Orchestra, ORFV Orchestra, CMO Orchestra, OFPV Orchestra, Orchestra delle Alpi, I Filarmonici di Trento, Orchestra Giovanile del Venet ... o-La Réjouissance and others.
He has been part of the Vicenza Brass Ensemble, with which he won first prize at the Premio Contea International competition (TV) and has participated in important international festivals such as: Primiero Dolomiti Festival Brass (TN), Festival Viva Verdi (VI), Festival Galuppi (VE) and Terre di Maremma Classical Jazz Festival (GR).
He regularly collaborates with the young orchestra “Officina Armonica” of Breganze (VI), with whom in 2016 he performed as soloist the Concerto for Trumpet and Orchestra in Eb by J.B.Neruda in Italy and in France. In addition, he participated in the execution of the Gloria RV 589 by A.Vivaldi in the “Basilica of S. Marco” and the Requiem by Mozart in the “Scuola Grande di S. Rocco” in Venice.
In 2016 he is also suitable for the second trumpet audition at the “Orchestra Filarmonica Campana”.
In 2018 he is part of the Sanremo Young Orchestra with which he participates in the first edition of the "Sanremo Young" Festival in international direct from the Ariston Theater in prime time on Rai1.
He performs in Trumpet and Piano duo, with pianist Lisa Nodari.
In the year 2017 they take part in the National Competition of Piove di Sacco and win the third category prize; they also have the opportunity to play for the reviews of the best students of the conservatories of Vicenza and Castelfranco Veneto.
Davide Pianegonda is also active in the country of Fara Vicentino (VI) as artistic director of musical cultural activities.
In 2016 he organized the classical music festival "Giugno in Musica" .
In 2017 and 2018 he organizes a band show in Fara Vicentino. 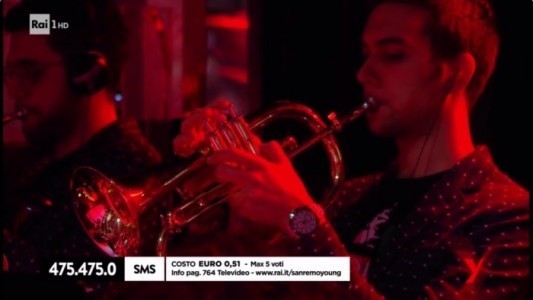