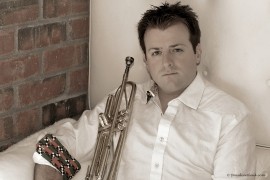 (no reviews)5.0
Country: United States
Based In: New Jersey
Performs: Nationwide
From: Contact

Doug Woolverton is a native of Trenton, New Jersey, and is a uniquely new age unique trumpet artist, worthy of a seat next to the great trumpet innovators of our time. Based in New Jersey he is available to perform at various events.
Request a Quote
Share this Page:
Profile Views: 415
Report this profile

Doug Woolverton is a native of Trenton, New Jersey, and is a uniquely new age unique trumpet artist, worthy of a seat next to the great trumpet innovators of our time. He has put his immediately identifiable golden trumpet stamp on the performances and recordings of Roomful of Blues, John Scofield, They Might Be Giants, BadFish, Scotty Don’t, The Temptations, James Cotton, John Lee Hooker Jr., J. Geils, Curt Ramm, Kenni Holmen, Dan Moretti, Duke Robillard, Peter Olstad, Jimmy Haslip, Greg Wing, Derek Gardener, Rodney Lancaster, Dominic Spera, Richie Cole, Greg Abate, Ron Levy, The Domina ... nt7, and The Army Blues Rhythm Section. When he is not touring, he is creating new sounds and recording with producer Carl Franklin at PWOP Studios in New London, CT. Otherwise you may find him where he has become an east coast icon in the most popular clubs from Wilmington, North Carolina, to Bangor, Maine, where he performs with his own band or The Ravers, The Franklin Brothers Band, and the Travis Colby Band.
Doug Woolverton studies trumpet with Dr. Grant Manhart, internationally acclaimed performer and professor of high-brass at Northern State University in Aberdeen, South Dakota. Doug received his Bachelor of Arts in Trumpet performance from NSU in 2004. 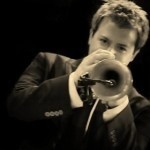 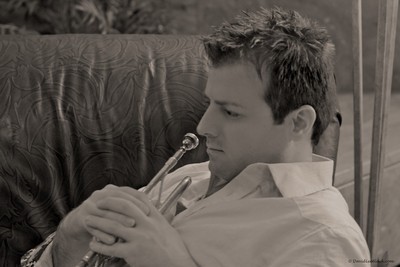 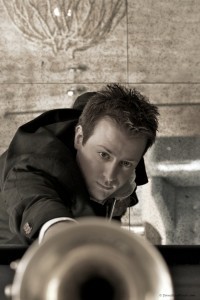