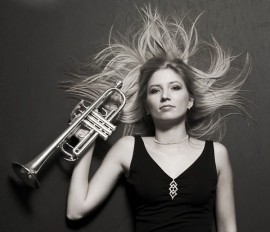 (no reviews)5.0
Country: United States
Based In: Virginia, Virginia
Performs: Nationwide
From: Contact

"A soloist worth watching," trumpeter Mary Elizabeth Bowden has been described as having an impressive sound and excellent character.
Request a Quote
Share this Page:
Profile Views: 1274
Report this profile 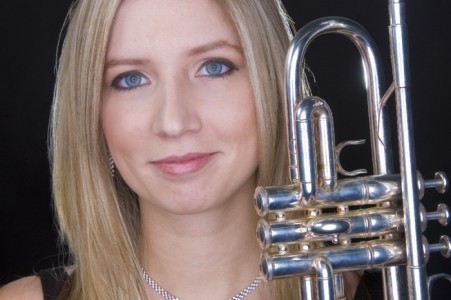 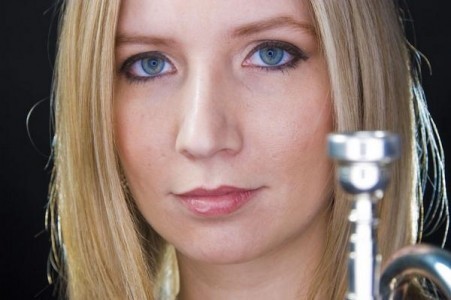 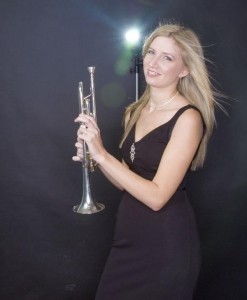 "A soloist worth watching," trumpeter Mary Elizabeth Bowden has been described as having an impressive sound and excellent character.
Mary made her solo debut with the Birch Creek Symphony Orchestra performing the Arutunian Concerto. Since then she has performed as a soloist with the Harper College Orchestra, Richmond Youth Symphony Orchestra, Lower Merion Symphony, New Haven Chamber Orchestra, Banff Strings, the Atlantic Music Festival Strings, among many others. She performed the Vivaldi Concerto for two trumpets twice at the Banff Centre in Canada with renowned soloists Jens Lindemann and ... Ryan Anthony. Lindemann described her as having "one of the most beautiful trumpet sounds I have ever heard from a soloist." She also won the Public Prize for the Perrenoud Foundation Competition in 2009, and in May 2010 and 2011, she was in the final 10 for the Houston Symphony Ima Hogg Competition. She performs frequent recitals around the country, and also duo performances with trumpeter David Dash.
Mary is a member of the Richmond Symphony in Virginia and has been adjunct faculty at Virginia Commonwealth University. Mary recently performed at the Lucerne Festival in Switzerland under the baton of Pierre Boulez where she was principal trumpet in the Festival Academy for Mahler's Symphony No. 6, which has been released on CD in June 2011. The Luzerner Zeitung described her playing as "outstanding." An active chamber musician, she has performed chamber music at the Marlboro Music Festival in Vermont, and has performed chamber works at the Sydney Opera House under the baton of solo trumpeter Hakan Hardenberger. She is also co-founder of the Chrysalis Chamber Players, which will have its inaugural season 2011-12.
An experienced orchestral musician, Mary has been a member of Symphony in C, Classical Britt Festival in Oregon, Atlantic Music Festival, National Orchestral Institute, National Repertory Orchestra, Encore Chamber Orchestra, Curtis Symphony Orchestra and Opera Orchestra, Yale Philharmonia, and has performed with the Santa Fe Opera, Baltimore Symphony, Naples Philharmonic, Virginia Symphony, Fairfax Symphony, New World Symphony, and the Breckenridge Music Festival. In May 2006 she was the acting principal trumpet of the Daejeon Philharmonic in Korea. She has worked with David Robertson, Michael Tilson Thomas, Charles Dutoit, Hans Vonk, Eschenbach, Otto Werner Mueller, Zinman, Temirkanov, Spano, Simon Rattle, Rostropovich, Dohn?nyi, Gerard Schwarz, Solzhenitsyn, Sarah Hatsuko Hicks, Sawallisch, among others.
Mary received her Bachelor of Music degree from the Curtis Institute of Music where she studied with the principal trumpeter of the Philadelphia Orchestra, David Bilger. She was also awarded a full tuition scholarship at the Yale School of Music where she studied with Allan Dean and received her Master of Music degree in 2006. Before attending Curtis, Mary began college full time at age 14 and received her Associate Degree at age 16 from Joliet Junior College.