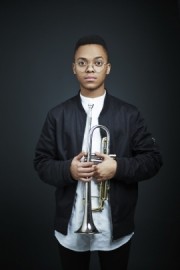 (no reviews)5.0
Country: South Africa
Based In: Cape Town, Western Cape
From: Contact

I am a professional Trumpet player, producer and composer. Graduated with Bmus/Degree at University of Cape Town and obtained an International Diploma from Grieg Academy in Norway, Bergen. With experience in musical theatre shows, jazz big band and orchestral playing.
Request a Quote
Share this Page:
Report this profile

Bio
Since arriving in Norway in 2015, Robin has already been performing with some of Norway’s greatest musicians and bands in various genres.
Among them are sassy-soul singer Miss Tati, Cfau and the Riot Monkeys, Eivind Austad Trio, Thomas Dahl Voksne Herrers Orkester, Bergen Big Band, Bodil Eldhuset Kvartett and metal outfit One Hundred And First.
‘Jazz i sikte competition’
In 2015, Robin was invited to complete his studies at the Grieg Academy in Bergen in Norway by professor Magne Thormodsaeter after recording together on South African award winning pianist and alchemist ... Nduduzo Makhathini’s ‘Listening To The Ground’ album, and consequently has already performed with some of Norway’s greatest musicians such as soul singer Miss Tati. As 2016 winner of the prestigious Jazz i sikte competition in Norway, he performed at two prestigious jazz festivals, Nattjazz and Sildajazz in 2016 where he made a debut performance.
In 2015 Robin he toured Mauritius and South Africa alongside multi-award winning jazz pianists, Nduduzo Makhathini – winner of the prestigious Standard Bank Young Artist Award for Jazz 2015. After a successful tour the group went into studio to record the SAMA nominated album “Listening To The Ground”.
The same year he was featured on Bokani Dyer’s SAMA nominated album entitled “World Music”. Bokani is a first-class jazz pianist and winner of the Standard Bank Young Artist Award as well for Jazz as well as the SAMRO overseas scholarship.
He has since made several appearances at the Cape Town Jazz Festival alongside artists such as the Multi SAMA award winning Pop group Beatenberg, The Gavin Minter Septet, Bokani Dyer, Zoe Modiga, Thandiswa Mazwai, Buddy Wells Sextet and newly formed All-Star band lead by SAMA award winning bassist, producer and composer Shane Cooper’s MABUTA.
In 2014 he performed at the Standard Bank Joy of Jazz alongside the Standard Bank National
Youth Band conducted by Mark Fransman.
In 2012 Robin performed at the Cape Town International Jazz Festival together with Alexander
Sinton Jazz Band and received a free Berklee online course in co-ordination with the Cape
Town Jazz Festival.
He also joined the horn section during a two-night show directed by Alistair Izobel entitled “Music Alla Kaap”, paying tribute to and hosting South African greats such as Sophia Foster and the late Zayne Adams.
This was also the year Robin joined the “Little Giants Band”. Established in 1999 by local jazz icons Ezra Ngcukana and George Werner, the” Little Giants Band” was a grass-roots initiative to showcase the abundance of talented young musicians under the age of 25 from the Cape Flats.
He matriculated at Muizenberg High School, where his mentor was head of the music department and winner of the 2012 SAJE Lifetime Achievement Award in Jazz Education Frederick Kuit.
The same year he made his first appearance at the Cape Town International Jazz Festival together with Sekunjalo Edu-Jazz, performed at the Tutti Bejing Music Festival with John Hoffman.
Born and raised in Cape Town, Robin Fassie is the nephew of the late great South African pop star Brenda Fassie.
Robin is still playing with some of Cape Town’s finest musicians. 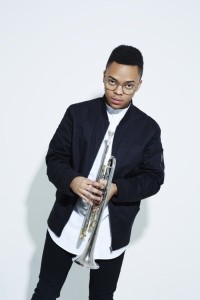 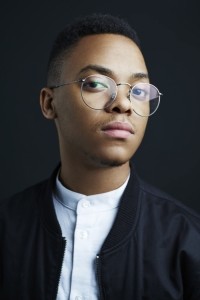 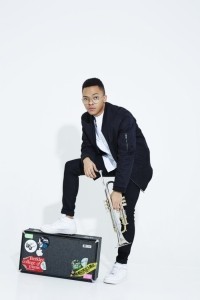 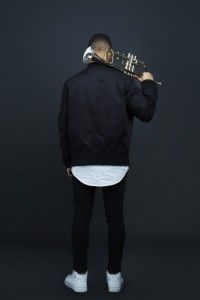 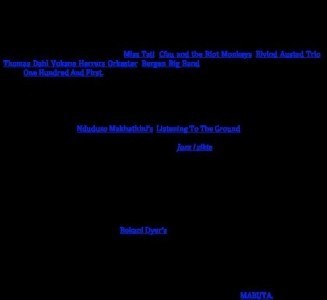 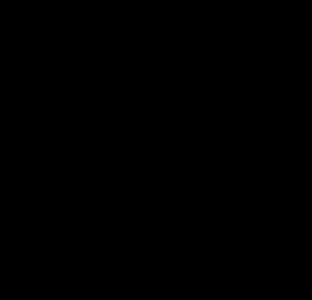 2012:
• Received a scholarship to South African College of Music, University of Cape Town
• Inducted as a member of the Standard Bank National Youth Jazz Festival Schools’ Band in Grahamstown directed by Swedish jazz Trumpet player Fredrik Noren.
• He performed at the Cape Town International Jazz Festival alongside the Alexander Sinton Jazz Band and received a free Berklee online course scholarship in co-ordination with the Cape Town Jazz Festival.
2014:
• Chosen to represent South Africa at the Oslo Jazz Festival in Norway
• ... Selected to perform at the Artscape Youth Jazz Festival in Cape Town
• Finalist in the Fine Music Radio competition
• Winner of Jessica & Bernard Lyon Jazz Prize for SACM Students
• Selected to perform at Artscape Youth Jazz Festival in Cape Town.
• Selected to perform at the Standard Bank Joy of Jazz festival with the Standard Bank National Youth Jazz Band directed by Mark Fransman
2015
• Performed along 8-time SAMA award winning Pop group Betaneberg at the Kirstenbosch Summer Sunset Concerts
• performed at Artscape alongside Judith Sephuma for her album launch
• Performed at the Cape Town Jazz Festival alongside the Gavin Minter Septet
• Toured Mauritius and recorded with Standard Bank Young Artist Nduduzo Makathini
• Performed with SAMA nominated Singer/Songwriter Zoe Modiga at the Cape Town International Jazz Festival and Standard Bank Joy of Jazz
2016
• Winner of Vestnorsk Jazzforum “Jazz i sikte” – prize, Norway. He then performed at two of Norway’s most prestigious jazz festivals, Nattjazz and Sildajazz in 2016 where he made a debut performance with his newly formed Quintet.
• Toured in Norway making his debut performance with his newly formed Norsk Quintet, travelling to Trondheim, Hamar, Oslo and Bergen where he featured the Sassy Soul Mistress of Norway Miss Tati.
• performed alongside Norwegian legend, Pianist Knut Kristiansen with the Bergen Big Band at USF Verftet in Bergen, Victoria Nasional Jazz Scene in Oslo and Sildajazz in Haugesand for the album Launch
• Performed at Cape Town International Jazz Festival alongside Bokani Dyer Quintet featuring Sakhile Moleshe
• Was invited by the University of Bergen to perform with his Norwegian Quintet at University Aula dinner evening.
• Featured alongside heavy metal rock group One Hundred And First for their debut single launch
• Performed with RFK Quartet featuring Arne Tovio Fjose and Johannes Aagaard at Kunstgarasjen, Norway Arts Exhibition.
• Performed at Festspille in Norway alongside Yuzzo and the Frontline Band.
• Performed at award wininng Jazz venue in Johannesburg, Braamfontein The Orbit alongside U.S based Bassist Zwelakhe-Duma Bell Le Pere in his Quintet featuring Bokani Dyer, Sphelelo Mazibuko and Vuma Levin.
• Performed in Alistair Izobel’s Kaapse Jol musical show at the Baxter Theatre
• Performed at the Cape Town Fringe festival alongside songstress Msaki.
2017
• Toured Kwazulu-Natal and Cape Town as RFK5 in collaboration with ConcerstSA
• Performed Alongside the Buddy Wells Sextet at the Cape Town International Jazz Festival
• Featured in a ‘Lexus’ commercial for British agency with Rocket Films
2018
• Recorded with, SAMA award winning, Shane Cooper’s new super-group MABUTA
• Toured Cape Town and Johannesburg with MABUTA in collaboration with ConcertsSA
• Performed at Cape Town International Jazz Festival with MABUTA
• Performed with Jimmy Dludlu in Mozambique and Angola at various Festivals
• Performed alongside Richard Bona at a Guitar Summit in Angola
2019
• Co-wrote ‘Wish You Were Here” on Black Coffee’s latest EP release ‘Music is King’
• Featured in a European commercial Mon Cheri
• Featured in a film scene with award winning Multi-Instrumentalist Siya Makuzeni
• Performed in the live band and featured with Botswana based soul singer Mpho Sebina at the South African Sports Awards, SABC 1.
• Wrote film-score for soon to be released short film 2 Grams and a Sunrise
• Stood in for his Mentor, SA Jazz legend Feya Faku, performing with New York based drummer Jeff ‘Siege’ Siegel Quintet on Swaziland and Grahamstown/Makhanda