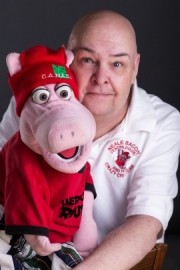 (no reviews)5.0
Country: Canada
Based In: Vancouver, British Columbia
Performs: Nationwide
From: Please contact for a quote as prices vary

Neale Bacon is one of only a few professional ventriloquists in Canada specializing in family entertainment. Based in Vancouver he is available to perform at Parties, Corporate Events & more.
Request a Quote
Share this Page:
Profile Views: 1052
Report this profile

Neale Bacon is a family friendly ventriloquist, comedian and motivational speaker. With a commitment to squeaky clean material, Neale and his Cast of Crazy Critters are the perfect entertainers for any venue where families and children gather!
Neale's show combines ventriloquism, comedy, audience participation and even a magic trick or two.

Neale Bacon was born and raised in the Vancouver area of British Columbia and has been providing quality entertainment for children and their families since 1977. He first became interested in ventriloquism at the age of 6 through a local kids TV show Pete's Place hosted by local ventriloquist and magician Peter Rolston . He remembers writing to the show as a child and getting a personal invitation from Peter to bring his family down to watch them doing the TV show LIVE!
Neale and his family moved to Smithers BC in 1968, and there his interest in vent was rekindled when he met Reverend Ken ... Miller who used ventriloquism in his ministry. Rev Miller also taught a night school class using the Maher School of Ventriloquism course which Neale took at the age of 13. He also became interested in magic around the same time.
Neale also heard about a ventriloquist named Edgar Bergen, and he tracked down all the records he could of Bergen's old radio show. In the following years Neale also became very active in theatre. In 1977 he returned to Vancouver and continued his studies in acting, mime and clown work.
He then met his childhood hero Peter Rolston again when he saw Peter performing at a local mall. Neale and Peter became friends, and Peter became a mentor and teacher for Neale .
Since that time, Neale has become an international performer, having performed in both Canada and the United States. He has represented Canada at the International Venthaven Convention of over 400 ventriloquists from around the world. He has lectured on ventriloquism for the Fellowship of Christian Magicians in Portland Oregon, and has performed in the International Show as well as teaching the Junior Vents at the Venthaven International Ventriloquist Convention in Kentucky. 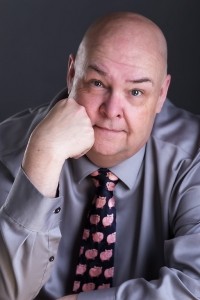 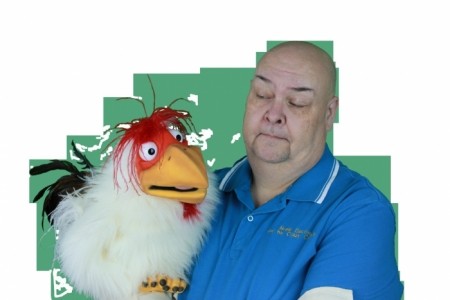 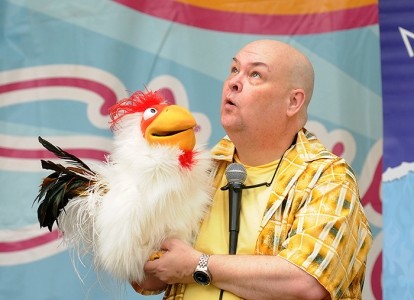 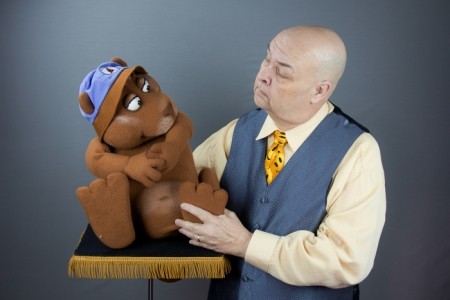