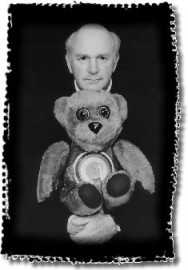 (no reviews)5.0
Country: United Kingdom
Based In: Rickmansworth, London
Performs: Nationwide
From: Contact

Roger De Courcey - Ventriloquist. Based in Rickmansworth, Greater London, he is available to perform at Parties, Corporate Events & more.
Request a Quote
Share this Page:
Profile Views: 3874
Report this profile

Roger DeCourcey has established himself as one of Britain's leading ventriloquist entertainers, and two highly successful seasons in Las Vegas plus an engagement at the giant O'Keefe Centre in Toronto, Canada have added an international reputation to his credit.
He has appeared several times at the London Palladium, including a Royal Command Performance, and has starred in theatres and night clubs throughout the UK including summer seasons and pantomimes.
Roger was born in London and started in show business as an Opera singer. As a singer he moved to the West End stage, appearing in s ... uch musicals as Sweet Charity,Two Cities and Company. It was over an engagement in the domestic cabaret circuit that he discovered "The Bear" and he then decided to develop an act around ventriloquism.
The irrepressible "Nookie Bear" first delighted viewers in the TV Series "New Faces" from which Roger went on to win the 1976 Grand Final. Since then TV appearances have been numerous including his own series and guest spots on virtual very light entertainment show.
Roger continues to enjoy outstanding success in all spheres of the entertainment industry and is very much in demand traveling worldwide to various functions both as a cabaret artist, and after-dinner speaker.
Roger is a keen golfer and was Captain of the Variety Club of Great Britain Golfing Society in 1992 and Captain of the Vaudeville Golfing Society in 1996. He was made King Rat of the Grand Order of Water Rats in 1994 which is the highest position in the Order. This meant a full year of charity work.
Roger has now opened a management agency representing all forms of entertainment Dick Horsey Management Ltd .and has sole representation of Rick Wakeman whilst also representing some of this country's top entertainers. 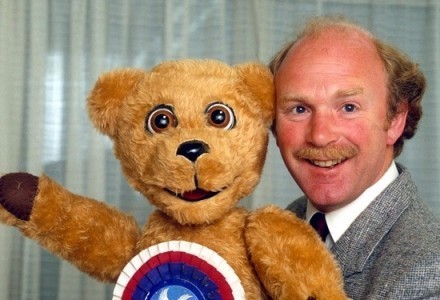 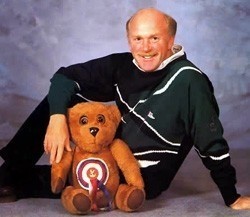 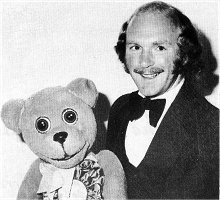