You are contacting The Steve Hewlett Show 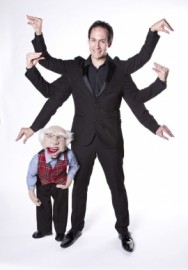 British TV Comedy Ventriloquist. Steve Hewlett is one of the funniest ventriloquists around and has characters from Arthur Lager & Simon Cowell, to the Human Mask routine & even a talking bottle of water. Rod Vegas on Guitar to ChiiChii & Pongo for a younger crowd
: 0794995XXXX Click here to reveal
full number

When contacting this member, please state that you are viewing their Entertainers Worldwide profile.
Request a Quote
Share this Page:
Profile Views: 918
Need Help?
✖