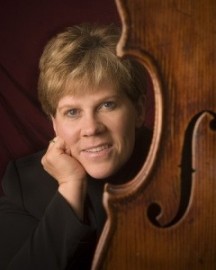 Dawn Harms leads an active musical life as a violinist, violist, chamber musician, and conductor. Based in California, Dawn is available to play at any event.
Request a Quote
Share this Page:
Profile Views: 1167
Report this profile

Dawn Harms leads an active musical life as a violinist, violist, chamber musician, and conductor. A member of the San Francisco Opera Orchestra and associate concertmaster of the New Century Chamber Orchestra, Dawn also performs as co-concertmaster with the Oakland East Bay Symphony. Dawn was chosen to be one of the fellows at the exclusive American Academy of Conducting at the Aspen Music Festival, where she worked with some of the top conductors of the world. She is the co-founder and music director of the Music at Kirkwood chamber music festival, and currently serves on the music faculty ... at Stanford University. 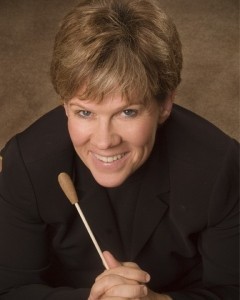 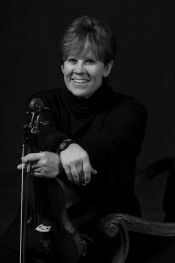 Dawn's recent solo appearances include Symphony Parnassus in Herbst Theatre in San Francisco, Master Sinfonia Chamber Orchestra, the Folsom Symphony, the Paradise Symphony, the Flagler Symphony in West Palm Beach, Florida, and the Stanford Symphony Orchestra. Dawn was featured in a concert at the Guggenheim Museum premiering works by Jake Heggie and Gordon Getty, where she collaborated with Frederica von Stade, Zheng Cao, Eugenia Zukerman, and Matt Haimowitz. The highlight of this appearance included a once-in-a-lifetime ride in the "Jetty" -- Gordon Getty's private jet.
Dawn has ... released two solo CD's, -- "The Black Swan" for violin and harp, and her latest CD, "The Hot Canary." She has also collaborated with her cousin Tom Waits on his recordings "Alice" and "Blood Money."
For ten years Dawn was first violinist with the Harrington String Quartet, winners of the Grand Prize at the prestigious Fischoff and Evian International chamber music competitions. She played first violin for five summers with the Santa Fe Opera.
Dawn Harms - Violinist, Conductor, Entertainer
by Amy Duxbury