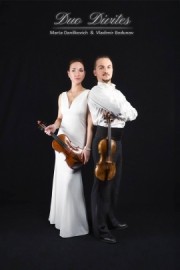 (5 Reviews)5.0
Country: Germany
Based In: Frankfurt am Main, Germany
Performs: Worldwide
From: 600,-€

The whole orchestra sounds in two violins! Violin Duo Divites interprets the masterpieces of classical and other musical literature. The peculiarity of the duet is the orchestral sound and a rich polyphonic palette of sounds.
: 01763175XXXX Click here to reveal
full number

The word "Divites" is Latin and means "rich". In this case it characterises the sound of this duet.
This duo is a revolution in the world of classical violin duo.
We can say that the sound of two violins, two equally high and melodic instruments, was in the judgment of humans as something that could not compete with other instrumental duets. But not in our case! We break this stereotype!
Our duet sounds like an orchestra thanks to brilliant, highly professional arrangements! And we have always heard that from our audience.
Through the rich, emotional and intense sound, the virtuosity ... , the incredible synchrony through 10 years of playing together, this duet leaves a strong impression. And we prove that at our concerts.
Our concert repertoire consists of works originally written for the symphony or chamber orchestra, piano or other instruments. And our goal is not to lose this tonal power, but to reproduce and convey the composer's idea as true to the original as possible.
After each concert, we hear from the audience that it has heard many more instruments than two violins. Sometimes even organ.
At the moment we are the only violin duet in the world that sounds like a whole orchestra.
We play with maximum energy, with love for every single note and leave no indifferent person in the hall.
Each of our concert works is a precious diamond with a facet.
Some of our concert arrangements are published in one of the largest and most influential music publishers in the world - the Bärenreiter Verlag, and the scores are sold successfully around the world.
In addition to a powerful presence, we can also restrain our mood.
But that's not all!
Violin & "cello"
We have something special- very rare and exclusive violin- the Bass Violin! This is the latest development in the world. This is a violin with special bass strings!
It looks like a normal violin, but sounds like a cello !!
That's why we also offer a duet, absolutely classical, popular duo - violin and cello!
Bass-Violin & singing saw
If you are a fan of something special or would like to surprise your guests, then we have another unusual instrument.This is a traditional american folk instrument- singing saw. The sound of this instrument is similar to a female opera voice - soprano, but with a metallic tone. With accompaniment of Bass Violin, this combination sounds incredibly beautiful and unique! 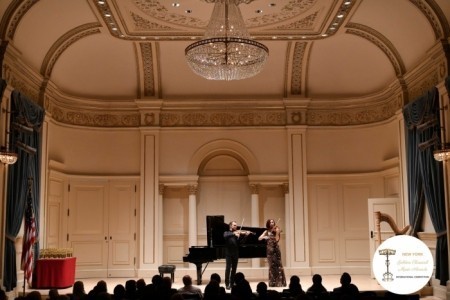 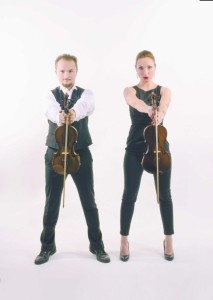 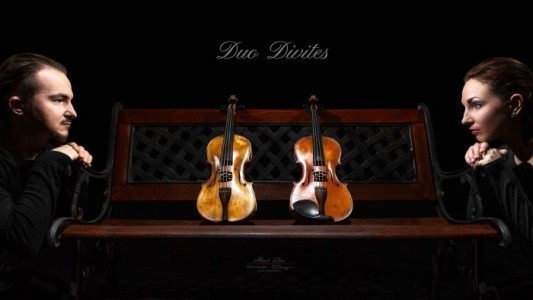 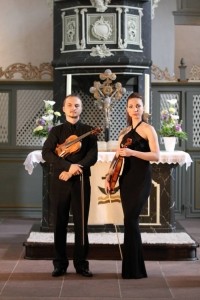 PRESS
"... violinist Vladimir Bodunov, together with the violinist Marta Danilkovich presents well-known" Classic Hits "in their own arrangements, including standards of the violin repertoire as well as titles from other genres in transcriptions for two violins ..."
(The Orchestra -November 2014)
"Once again Violinduos very different kind: the Belarusian violinist Vladimir Bodunov is also on Youtube with this duo with his partner Marta Danilkovich to hear.Today you do not have to buy the cat in a poke, but can get an idea beforehand, whether man need and can buy the appropriate work. "
( ... Europenian String Teachers Assotiation -02.october 2014)
"A succession of new arrangements by Vladimir Bodunov pour deux violons, Musicien polyvalent du Belarus, Bodunov se produit dans toute l, Europe en tant que solist, en orchester et en particulier en duo avec son epouse Marta Danilkovich."
(Crescendo Magazine -Belgium 18.07.2013)