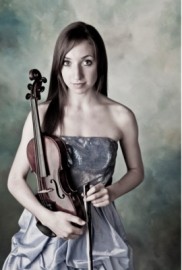 When contacting this member, please state that you are viewing their Entertainers Worldwide profile.
Request a Quote
Share this Page:
Profile Views: 531
Report this profile

Ellie attended Binghamton University, and graduated in 2016 with degrees in English literature and music. Having played violin for 16 years, Ellie previously studied with Dr. Lee Wilkins and Wilfredo Deglans in Rochester, and studied with Janey Choi as a Bachelor of Music student at Binghamton. Before Binghamton, Ellie received her diploma in advanced studies of violin through the Eastman Community Music School, and was a member of the Rochester Philharmonic Youth Orchestra for four years. In 2014, Ellie attended the Eastern Music Festival in North Carolina, a five-week intensive training prog ... ram for advanced music students. Upon attending the University, Ellie took part in Binghamton's Chamber Music Programs and symphony orchestra. Ellie won first place in Binghamton University’s bi-annual Concerto and Aria Competition in 2015, and was featured as a soloist in January 2016 with the Binghamton Symphony Orchestra. Moreover, she was featured as a violinist in a German independent film directed by Mariam Bakashvili in 2015. She is currently is touring internationally with a string octet known as Barrage 8. Ellie attributes much of her vitality and happiness to music!
Barrage 8 2016 – present
–International tour with Barrage 8, an 8-piece string octet that performs fully choreographed originals and arrangements of the classical crossover genre
–Experience playing technically difficult pieces, while dancing and singing simultaneously
–Experience performing with in-ear amplification, click tracks, and instrument packs.
–Experience traveling from city to city, performing daily in multiple different venues
Freelance Violinist
Frequently performs for various local/nationwide events. Highlights include:
– Featured violinist and soloist in “Woman with Violin,” a German independent film directed and produced by Mariam Bakashv, October 2015
–Binghamton University Graduate Student World Premier Performance, 2014
–Binghamton University Graduation Commencement Ceremony, 2012-2015
–Binghamton University Graduate Student World Premier Performance, 2014
–Binghamton University Faculty Election Reception, 2012-2016 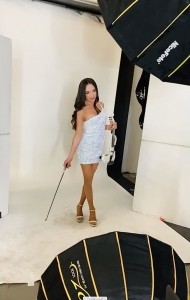 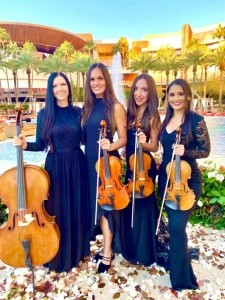 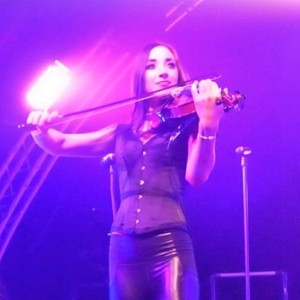 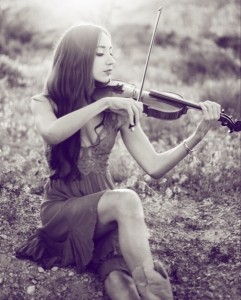