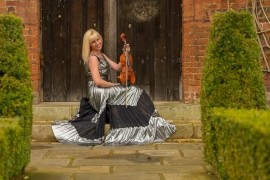 A talented, exciting and elegant female violinist respected as one of the best in the UK. Winner of the Lux Life Magazine Global Wedding Award 2021 for 'Best Wedding Musician (South East England)'
: 0774030XXXX Click here to reveal
full number

When contacting this member, please state that you are viewing their Entertainers Worldwide profile.
Request a Quote
Share this Page:
Profile Views: 2089
Report this profile

For weddings Hayley offers up to 3 hours of background solo violin music either on acoustic (traditional) or electric violin accompanied by professional backing track accompaniments where required. Her huge repertoire spans music from all genres and Hayley can accommodate any advance musical requests the couple may have.
Her wedding package would typically include:
– 30 mins of background music as guests arrive and take their seats
– music for bridal entrance, signing of the register and bridal exit
– additional music during the drinks reception, wedding breakfast or both
Hayley ... is happy to relocate venues from church/civil ceremony to reception venue where necessary.
Hayley is also well-versed in performing for large-scale Asian weddings and can collaborate with Dhol players to create spectacular entrance music/first dance performances.
Hayley can also offer a string quartet option -please visit the string quartet for more information.
To help inspire you here is a list of Hayley’s most requested wedding violin music choices:
Bridal party entrance music:
Canon – Pachelbel
The Arrival of the Queen of Sheba – Handel
A Thousand Years – Christina Perri
Perfect – Ed Sheeran
Tale as Old as Time – Beauty and the Beast
Colours of the Wind – Pocahontas
Music during the signing of the register (2 or 3 pieces usually required):
Meditation – Massenet
Say You Won’t Let Go – James Arthur
I Can’t Help Falling in Love With You – Elvis Presley
Rule the World – Take That
Thinking Out Loud – Ed Sheeran
All of Me – John Legend
Can You Feel The Love Tonight – Elton John
A Whole New World -Aladdin
Make You Feel my Love – Adele
Angels – Robbie Williams
Bridal party exit music:
Wedding March -Mendelssohn
Marry You – Bruno Mars
A Sky Full of Stars – Coldplay
Mr Brightside – The Killers
All You Need is Love – The Beatles
Hold On, We’re Going Home – Drake
Isn’t She Lovely – Stevie Wonder

Described as the ‘cream of violinists’, classically-trained violinist Hayley Pomfrett enjoys an extremely varied musical career and is as much at home on the classical concert platform playing at the BBC Proms in London's Royal Albert Hall as she is as a session violinist, recording and performing with world-famous pop artists in the world's most prestigious venues such as Abbey Road Studios and the O2 Arena. Regularly performing all over the world, over the last few years she has toured and recorded albums with artists including Michael Kiwanuka, Lana Del Rey, Sam Smith, Stormzy, Dave, Mi ... chael Bublé and Adele.
The huge list of artists whom she has collaborated seems endless: Adele, Beyonce, Kanye West, Take That, Stereophonics, Noel Gallagher, Oasis, Robbie Williams, George Michael, Rod Stewart, Paul Weller, Michael Buble, John Legend, Sam Smith, Emeli Sande, The Script, Duran Duran, Jess Glynne, Rita Ora, Bjork, Ellie Goulding, Paloma Faith, Kylie, Elbow, Dame Shirley Bassey, Sir Tom Jones, Barry Manilow, Pink, Olly Murs, Spice Girls, Madness, Brian May, McFly, Kasabian, Ronan Keating, Celine Dion, Neil Diamond and more!
Hayley's versatility means no engagement is too big or too small and she can provide the perfect accompanying music to your wedding ceremony, cocktail party or luxury dinner as well as presenting a wow-factor solo performance on electric violin if that is the order the day. She is expert in tailoring the music to the client's preferences and can accommodate almost any musical request received in advance of the engagement including specialist Asian, Greek or Jewish music where desired.
Recent engagements include:
BBC Proms at the Royal Albert Hall Summer 2016
Performing for the Rugby World Cup Final 2015 at Twickenham Stadium
Performing with Adele for her BBC TV Special
Performing on 'Later with Jools Holland' with Duran Duran and Stereophonics
Performing at the BBC Music Awards 2015 with Jess Glynne, James Bay , Hozier and Ellie Goulding
Performing as part of the BBC Concert Orchestra at the BBC Proms a the Royal Albert Hall
Performing with Sam Smith at the Brit Awards 2015
Performing for the world's top tennis players at the ATP Men's Open in Doha, Qatar in Jan 2015
Opening the New Year 2015 Gala Celebrations with a solo electric violin performance at the Jumeirah Beach Hotel Dubai
Performing at the BBC Music Awards 2014 with Sir Tom Jones, George Ezra, Paloma Faith, Labrinth and Ella Henderson
Extensive world tours with George Michael, Rod Stewart and Lana del Rey
Performing at the Brit Awards 2013 with Emeli Sande
Performing at the Queen's Diamond Jubilee Concert at Buckingham Palace in June 2012, accompanying artists such as Robbie Williams and Kylie.
Being lead violinist of the string section for Adele's highly acclaimed Royal Albert Hall concert in September 2011 and performing on her chart-topping album, 21.
Hayley takes great pride in her work as a violinist. As an orchestral musician she held the position of Principal 2nd Violin with Northern Ballet from 2004 to 2011. She also plays regularly with many UK orchestras such as the BBC Concert Orchestra and the City of Birmingham Symphony Orchestra as well as in the pit orchestras for West End Shows such as Phantom of the Opera and Les Misérables.
An experienced and confident public performer, Hayley has toured extensively in the UK, Europe, the USA, South America, the Middle East and Asia. She has played at all major UK concert venues including the Royal Albert Hall, Wembley Stadium, the O2 Arena and the world-famous Abbey Road Studios as well as many prestigious international venues such as the Emirates Palace in Abu Dhabi and the Beau Rivage Palace in Lausanne, Switzerland. Recently she has performed as an Electric Violinist for corporate events in cities such as Dubai, Orlando, Singapore, Toronto, Paris, Munich, Lausanne, Kuwait and Istanbul aswell as on luxury Cruise Liners. 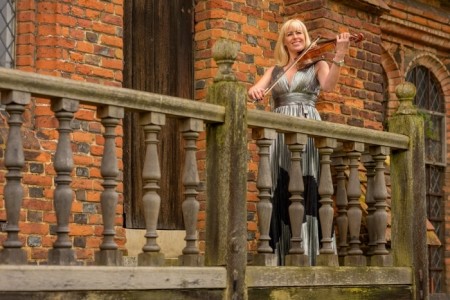 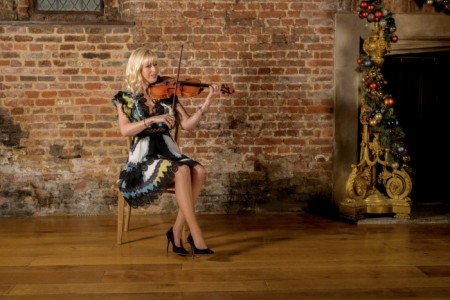 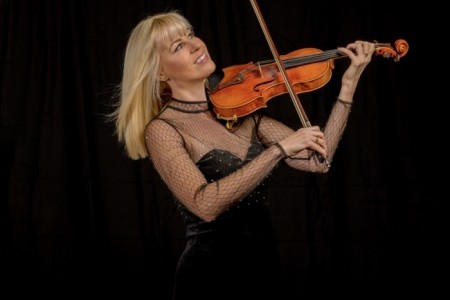 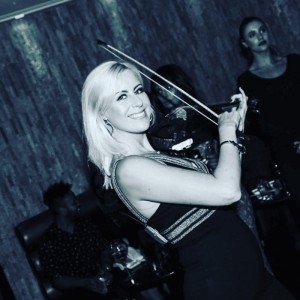 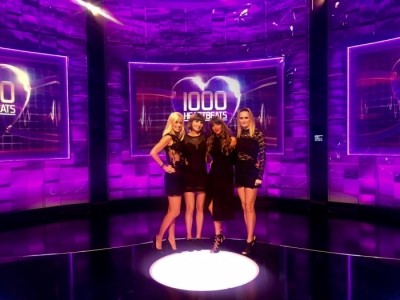 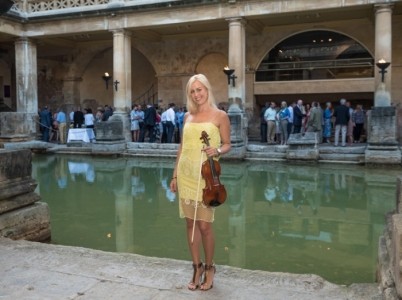 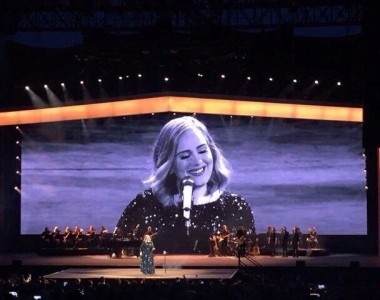 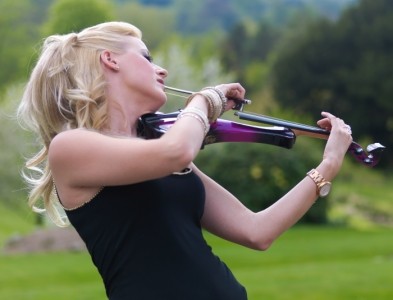 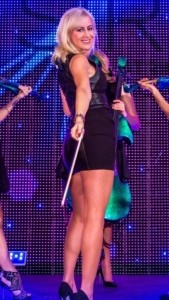