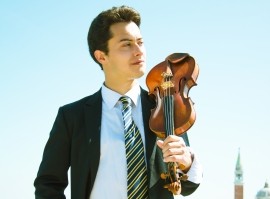 (no reviews)5.0
Country: Ukraine
Based In: Ukraine, Ukraine
Performs: Worldwide
From: Contact

Violin Show, 2x45. Arrangements for an orchestra of seven or eight people, plus arrangements to add a string quartet if they are employed on the ship.
: +38093774XXXX Click here to reveal
full number

When contacting this member, please state that you are viewing their Entertainers Worldwide profile.
Request a Quote
Share this Page:
Profile Views: 196
Report this profile

My name is Maksym Stepanenko. I was born in Kiev, Ukraine in 1987. I started to play the violin at the age of five. When I was six years old, I gave my first concert in the Conservatory of P. I. Tchaikovsky in Kiev, Ukraine. As I said in an interview for the local newspaper in Kiev, “after that I understood I had no other choice than to be a violinist and my future was decided”.
My touring career began at the age of eleven when I won the International Competition of the famous Ukrainian violinist B. A. Kotorovich in Kharkov, Ukraine. The competition included a most recognizable jury: ... Vladimir Spivakov (professor at the Moscow Conservatory), Vadim Repin (world famous violinist), Eduard Wulfson (director of the Stradivari Fund in Paris, well-known teacher and musical critic), and Ida Hendel (World famous violinist). Immediately following the competition, I was invited to tour around Europe and traveled for almost one year. By the age of twelve, I had seen almost all of Europe. When I was thirteen years old, I was invited to France by the well-known teacher and collector of Stradivarius violins Eduard Wulfson. There next to Paris at the famous Castle of Madam Pompadour ‘’Chateau de Champs”, I had the opportunity to play a Stradivarius violin. From the age of twelve to seventeen, while studying at the music school in Kiev, I performed for many presidents including: G. Bush (former president of the United States), L. D. Kuchma (former president of Ukraine), and S. Shevardnadze (former president of Georgia). These presidents were invited by the Ukrainian government to the Mariinsky Palace in Kiev. There they discussed global politics, economic problems and the accession of Ukraine to the European Union while enjoying my performance over a glass of wine. Then at the age of sixteen, I was a winner of the UNESCO Stipend Fund in Kiev, and received a grant for the next five years.
I am a graduate of The Special Musical School of N. V. Lysenko in Kiev, the most prestigious school in Ukraine. I completed my Masters and Post Graduate Study at The Conservatory of P. I. Tchaikovsky, also in Kiev. Since my childhood, I have performed regularly as a soloist on the big stages of Europe and the United States with both international and Ukrainian orchestras. Performances include the Katowice Philharmonic Symphonic Orchestra (Poland), Hannover Chamber Orchestra (Germany), Vancouver Symphonic Orchestra under the direction of R. Makmerin, National Symphony Orchestra of Ukraine, and the National Chamber Orchestra of Kiev, Ukraine “Kiev Soloists”, where I work as both Concertmaster and soloist.
From 2010 to 2012, I completed training at the School of Music and Theatre in Hannover, Germany. There I was under the direction of the most famous violin teacher in all of Germany, Kzuchtof Vengin, Concertmaster of the Opera Theatre in Hannover. During this period, I also had an opportunity to perform in festivals throughout Germany and Holland with the Hannover Chamber Orchestra. Many famous musicians were in attendance at these performances including: A. Pavlovsky (first violin of “Jerusalem String Quartet”), “Szymanowski String Quartet”, Eckart Heiligers (Proffesor at the Musikhochschule Zurich, Pianist Trio Jean Paul) and other… Link: https://youtu.be/1LAPqNT-P8A
At this moment, I have many ongoing projects with different agencies: I currently work with AVIP Production Agency, founder of the Strauss Festivals in Poland and Ukraine. The idea of the Strauss Festival was borrowed from famous violinist Andre Rio, where the violinist is conductor, soloist, and showman, all at the same time. I perform during the Strauss seasons twice a year to great acclaim from the region. Link: www.youtube.com/watch?v=87vUMoItfKQ
At my 28 years of age, I am fulfilling myself as an artist who needs to perform on the stage, because the stage is the style and sense of my life I am not able to refuse. 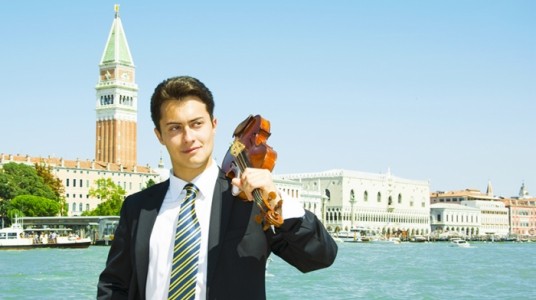 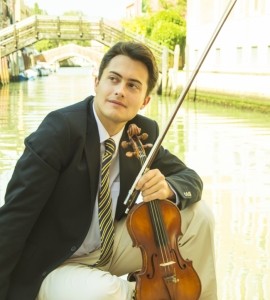 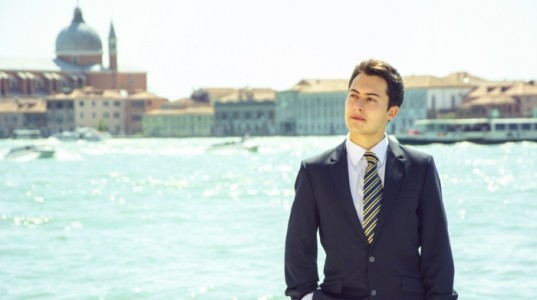 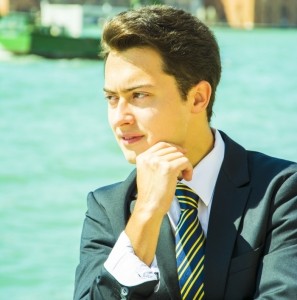 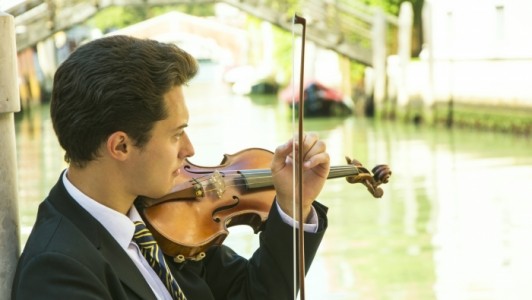 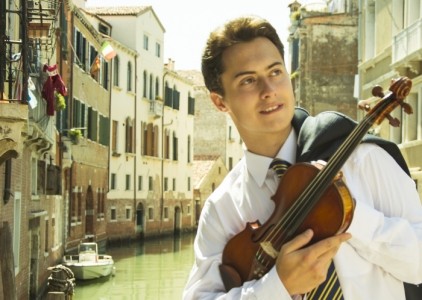